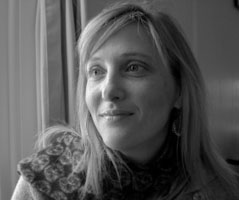 Engineering students are used to hearing about entropy and enthalpy in their classes.  If Sirietta Simoncini and Tracy Brandenburg have their way, engineers will hear a lot about empathy, as well. In their visionary co-taught Systems Design class called The Art of Innovation: A Hands-On Design Thinking Immersion, Simoncini and Brandenburg ask Cornell engineers to be deeply knowledgeable about their fields, but also deeply knowledgeable about people. "The design process starts with empathy," says Simoncini. "In order to understand what people need, we ask students to observe and interact with real users in their actual environments."

Neither Brandenburg nor Simoncini is an engineer by training. Brandenburg comes to the field of Design Thinking via her years as an anthropologist.  Simoncini is an architect by training. With their class at Cornell they are bringing the revolutionary ideas of IDEO's David Kelley and Stanford's Hasso Plattner Institute of Design, (also known affectionately as the d.school), to Cornell Engineering.  Both women have worked as design thinking coaches at the d-school. They encouraged their students to participate in OpenIDEO's online challenge, not knowing it was meant for design professionals, not for students.  After seeing how well the students did, IDEO created a University Toolkit to encourage other colleges to participate. Now, at Cornell, they are finding a huge demand for information about, and practice in, the ideas of Design Thinking.

In their class they create teams comprised of five students and then these teams work to identify problems in need of solutions. "It is important not to start out thinking you already know the answer," says Brandenburg. "We start by interviewing real people about what they need.  Designers need to listen." The team members come from many different fields of study and the teams benefit greatly from the diversity of skills and perspectives on any given problem.  "Having interdisciplinary teams allows a multifocal approach to the challenge and Design Thinking provides a common language for working through the process," says Simoncini.

"The process" in this case is an iterative one that leads to quick prototyping of possible solutions. Teams interview users to identify just what it is they need. Though finding out what someone needs is not as simple as just asking them. As Brandenburg says, "We don't ask people what they need for several reasons: they don't know; they might not be able to articulate it, and it's not their job to be the innovator." The pair encourage their students to immerse themselves in the world of the user. "We have a conversation. We elicit stories. Stories bring up emotions and we talk about these emotions.  If we can understand what delights and distresses people, then we can design for them," says Brandenburg, sounding very little like a traditional engineer.

Then they brainstorm solutions using post-it notes, cardboard tubes, tape, markers, and other decidedly low-tech tools. Laptop computers are noticeably absent at this stage of the process.  After talking through their ideas, groups quickly test prototypes with the real users and then make changes based on feedback.  "It is important that engineers and other designers learn from their failures," says Simoncini. "You have to ask right away how you would fix it. We embrace failure.  We always tell our students to fail fast and then see what you have learned and make it better."

In the first year the Design Thinking class was taught at Cornell, the students worked with JetBlue to rethink the check-in experience at Terminal 5 at JFK Airport. In the second year, the students have worked with a Syracuse, NY nonprofit group called Hopeprint to address the needs of the large refugee population trying to make new lives in Upstate, NY.  Whether it is a corporate client or a social service nonprofit, the process is the same. "It all starts with empathy," reiterates Simoncini. "The user's needs and feelings and emotions drive design."

In listening to Simoncini and Brandenburg talk about their class, it becomes clear that the real focus of the Design Thinking process is creating useful solutions that make the world better. "An innovation is not an innovation until it goes to market," says Brandenburg. "Until then, it is just an idea." It also becomes clear that the real focus of Simoncini and Brandenburg's class is creating useful problem-solvers. "We are very happy when we create innovations. But we are even happier when we create innovators."