Prior to its recent renovation, Upson Hall was an outdated energy inefficient half-century old structure.

Cornell Engineering needed a facility with updated educational and laboratory research areas along with modern energy conservation systems.  It became clear early on that the renovation would go down to the studs both inside and out.

The transformation was completed in two phases from 2015 to 2017 and the building is on track to receive LEED Platinum status.  One sustainable feature of the reconstruction is refurbishing an old structure rather than building a completely new facility.

The 1956 building was originally characterized by horizontal bands of windows and yellow aluminum plates that lent the building a distinctive color.  The new façade is clad with neutral colored plates and a vertical energy efficient window pattern.  In a reference to its past incarnation, the architects included a very slender bright yellow edging to some of the vertical panels.

Inside, the corridors are placed towards natural light at the building’s perimeter and research labs and instruction areas are arranged near each other to promote cross-disciplinary collaboration.  With this enhanced and modern facility the engineering college is prepared to meet the demands of cutting edge engineering at the university.

(This text is from a news release from the Ithaca Rotary Club and the City of Ithaca announcing the 2017 Pride of Ownership Awards. All photos below taken by Michael Moran.) 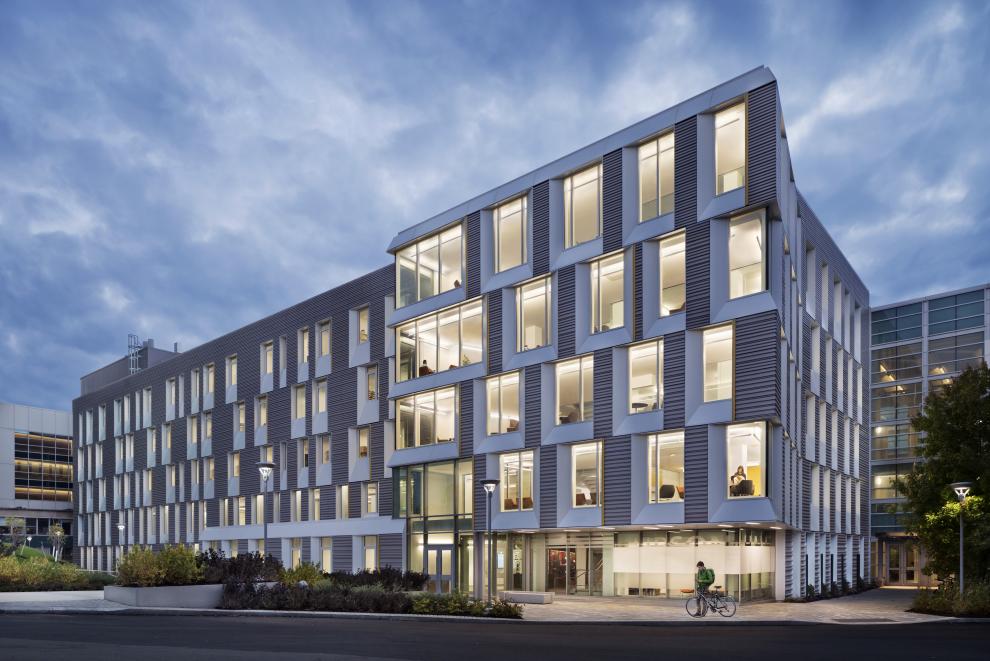 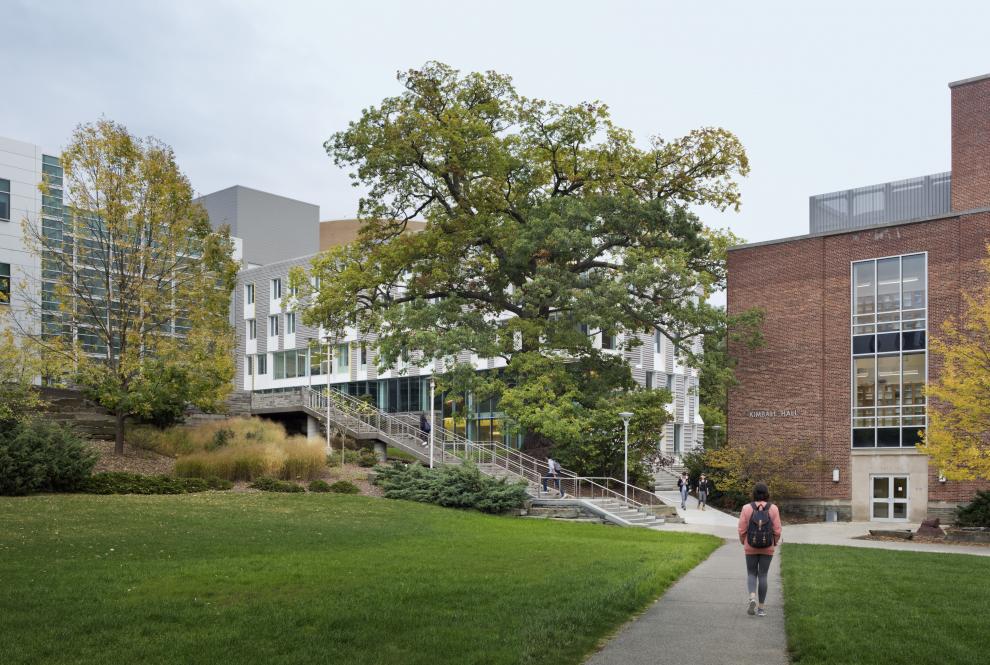 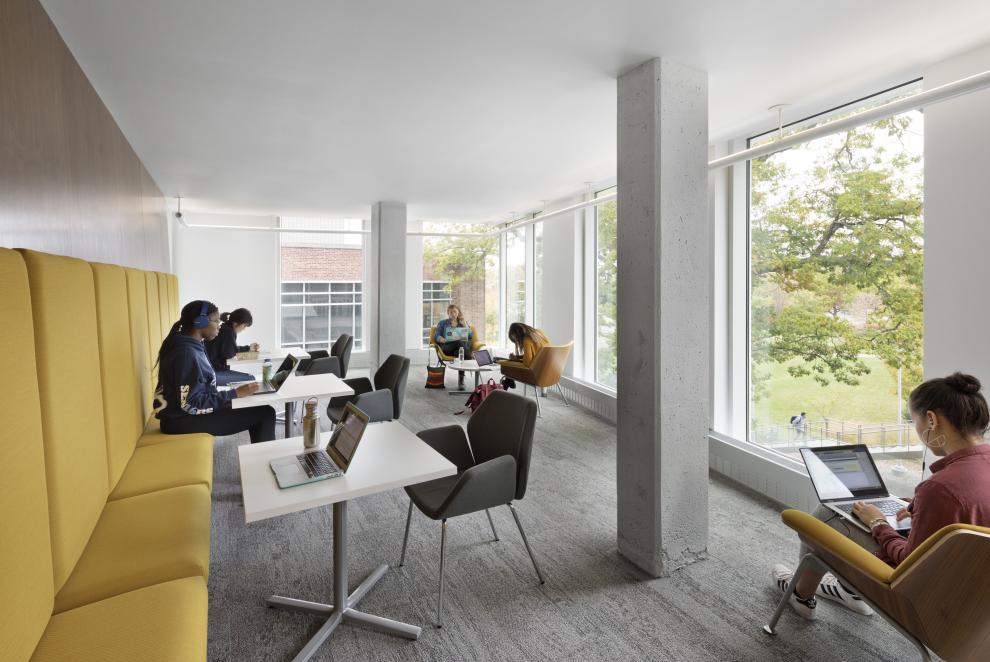 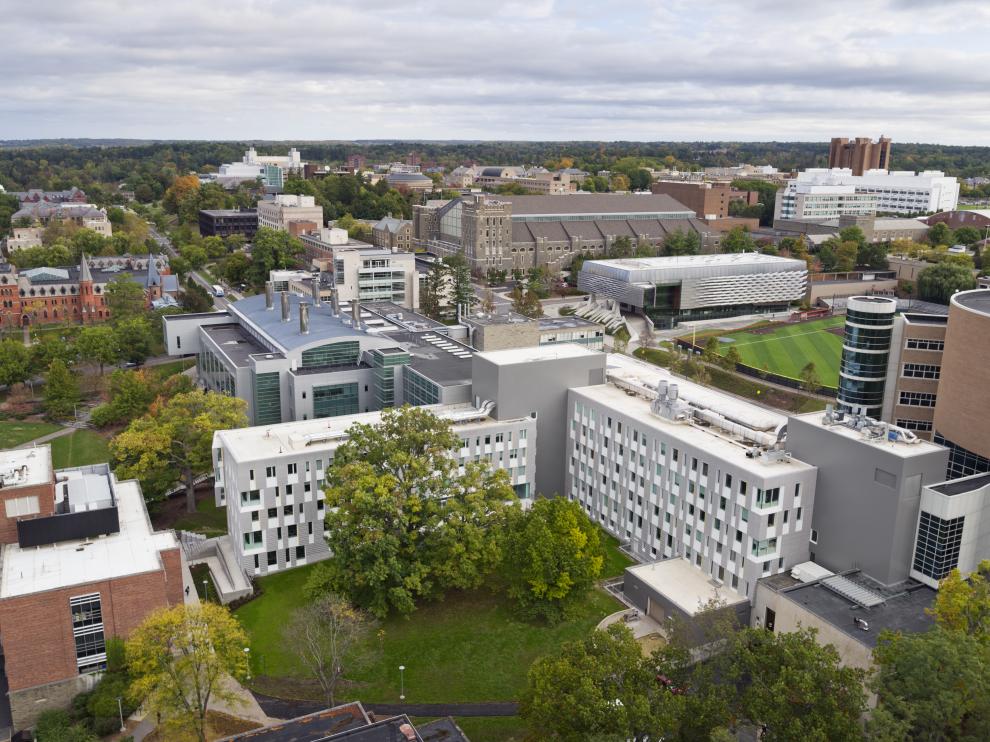 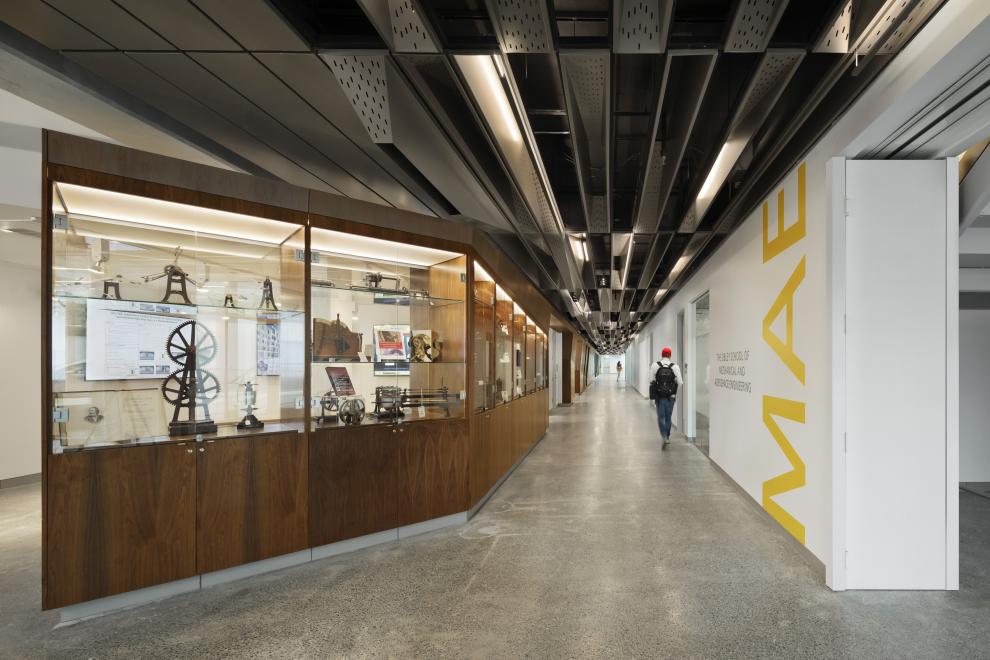 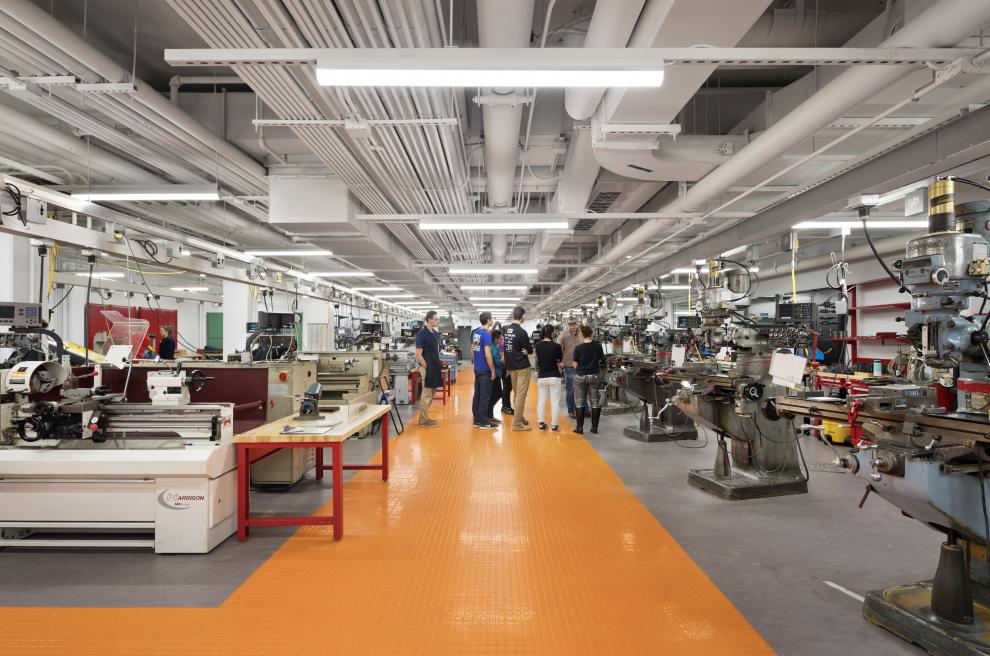 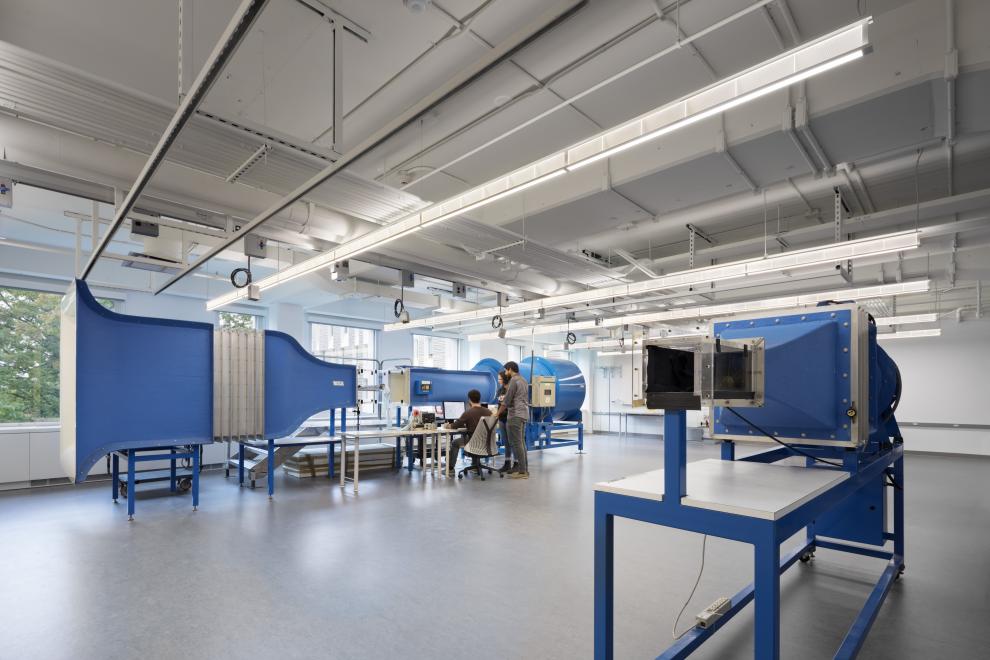 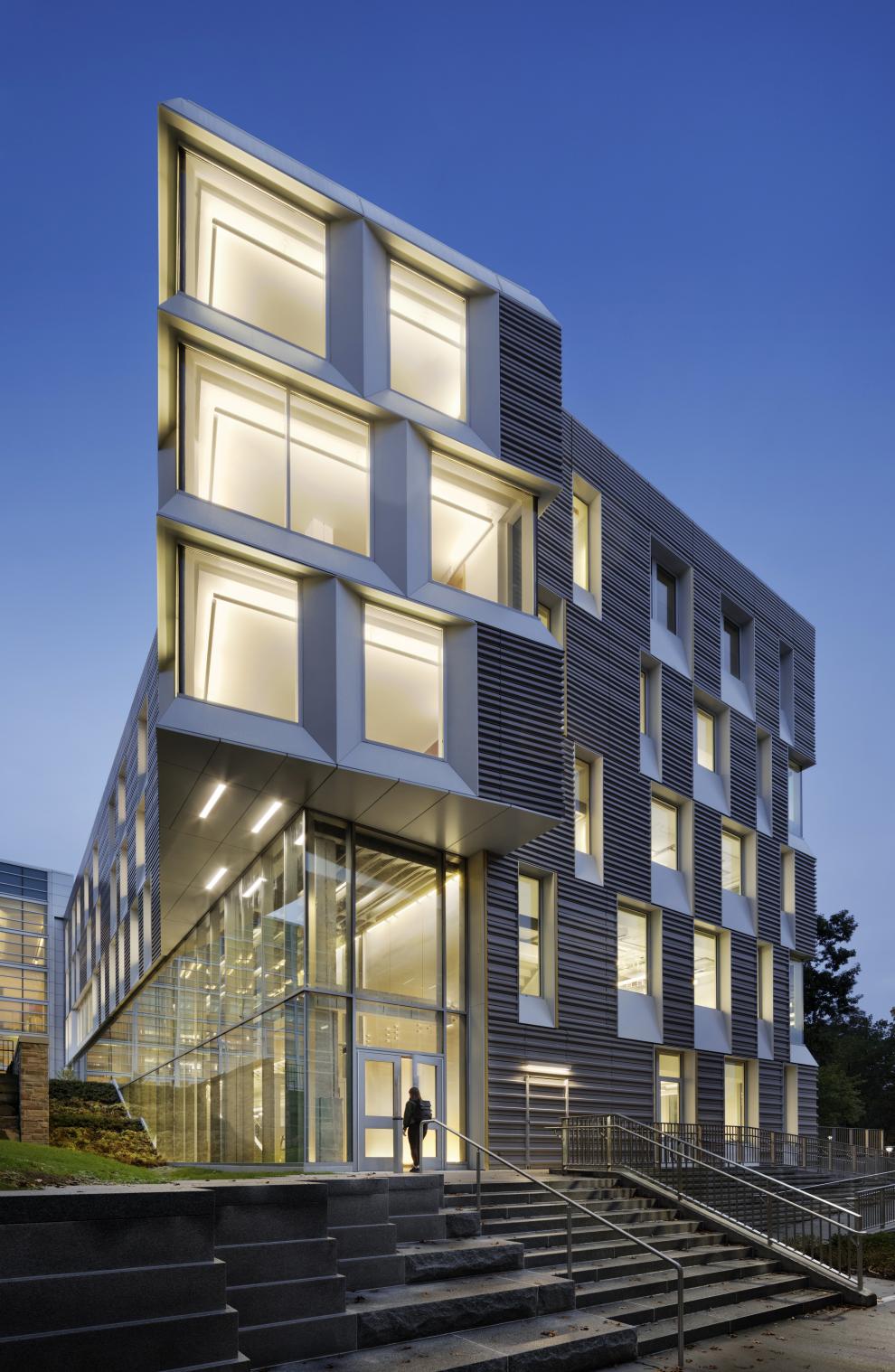