Co-op on the Job

While on Co-op, you are using knowledge you've gained from coursework and applying it in a professional setting.

Keep an open line of communication with Co-op Program staff in the Engineering Career Center, and check your Cornell email regularly to be sure you receive timely communication.

The Co-op Companion Guide* is intended to assist with your transition from school to the workplace. We hope you will find the information within useful as you navigate through your first engineering job and perhaps your first independent living experience. 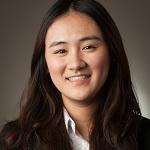 The Co-op program provided me with valuable job experience as well as mentorship from experienced professionals. It helped me find my passion in the technology and business world.

The Cooperative Education Program officially announced the Co-op of the Year award recipients at the 2019 Co-op Welcome Back Reception on September 5, 2019.

The Co-op Student of the Year Award is presented to one student each year. The nominations for the award are submitted by supervisors who have worked closely with a Co-op student that they feel has demonstrated leadership, initiative, and innovation in the Co-op position.

The Co-op Supervisor/Mentor of the Year designation is awarded to one supervisor or mentor each year. Students nominate supervisors and mentors who have helped them to grow in a professional capacity during their Co-op position by demonstrating leadership/mentorship, support, communication/feedback, and professionalism.

The 2019 Co-op Student of the Year Award recipient is Adrianne Han '20, a, Information Science Engineer.  Adrianne completed her Co-op Johnson & Johnson and was nominated for the award by her supervisor, Ken Mosca. Ken explained how Adrianne quickly grew from being a contributor on multiple projects to leading two clinical trial launches; he discussed specific examples of her professional growth in her progress communication, leadership, and networking globally. 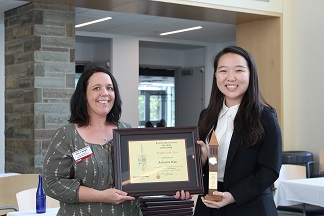 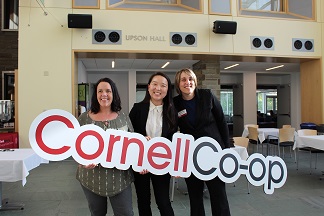 Jonathan Dersch of Lutron Electronics is the recipient of the Co-op Supervisor of the Year Award for 2019. Jonathan was nominated by Zach Brothers '20, an Environmental Engineer. Zach described Jonathan's mentorship starting from his first day on the job. He gave many examples demonstrating the support that Jonathan gives to ALL Co-ops; with his skillful mentorship, Jonathan supported the students' professional growth by giving feedback and fostering communication throughout the term. 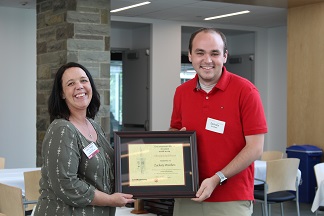 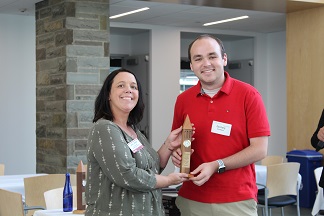 The required workshops, modules and reflection activities are found in the expandable sections below.

In a recent survey of Class of 2019 Co-op students, about half of the survey respondents reported receiving some sort of compensation for housing. Some employers offer subsidized housing or housing stipends to assist students with the relocation.

Co-op students utilize various resources to find and secure housing for their work term. Some include:

Obviously, the live at home option works best for someone who does a Co-op job search focused on a specific geographic region.

Recruiters typically can provide guidance regarding housing options in their community. Given the variety of employer locations, our office is unable to advise you regarding housing options in specific locales. However, if a current or former Co-op student has worked at a location, we can put you in touch with each other. Reaching out to Cornellians in specific locations has also been useful for students.

When posting a sublet, remember to include the following information:

Don’t forget to return to the site periodically to see if anyone has responded to your message, as some sites give people the option to either respond to the message within the forum, or to e-mail you directly.

The following modules are designed to get you thinking critically about what you are learning and contributing during your Co-op experience.*

The following should be completed and returned to the Co-op Program via email within two weeks of starting your work term:

Performance feedback is essential for your professional growth; about 6 weeks into your work term, you should meet with your supervisor or mentor to discuss your progress and complete the assessment form.*

You will complete the following reflection activities at the end of each work term. These should be submitted within two weeks prior to the last day of the term:*

Workshops for Success (WFS) are designed to prepare you for your Co-op experience in a professional workplace. In order to successfully meet the Co-op program requirements, you must complete four Workshops for Success- ideally before the start of your Co-op. Selected topics relate to the NACE Career Readiness Competencies.

Examples of past Workshops for Success topics have included:

Co-op Participants who do not attend Co-op Summer Session must make arrangements with the Co-op Program to complete alternative assignments.