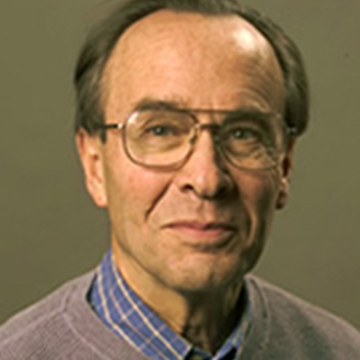 Professor Emeritus
Sibley School of Mechanical and Aerospace Engineerihg
kbc3@cornell.edu
Back to Directory

Cady's undergraduate studies were in naval architecture and marine engineering, and his doctoral research was in nuclear engineering. He worked for the Moore McCormack Steamship Company, the Shipbuilding Division of the Bethlehem Steel Company, and the engineering firm of Jackson and Moreland, Inc., before coming to Cornell in 1962. He has been on leave from Cornell on four occasions and has been a consultant to several companies and national laboratories, including Knolls Atomic Power Laboratory; Division of Nuclear Licensing, U.S. Atomic Energy Commission; Department of Nuclear Energy, Brookhaven National Laboratory; Hanford Engineering Development Laboratory; Fauske and Associates, Inc.; and the Milwaukee Company Properties, Inc. He is a past president of the Niagara-Finger Lakes section of the American Nuclear Society. At the College of Engineering, he was associate dean for professional programs from 1984 to 1985, and associate dean for college affairs from 1985 to 1990. He has held several scholarships and fellowships: a Ford Foundation Pre-Induction Scholarship, a Bethlehem Steel Industrial Fellowship, a Woodrow Wilson Fellowship, and a U.S. Atomic Energy Commission Fellowship in Nuclear Science and Engineering. He is a member of Phi Eta Sigma, Sigma Xi, and Tau Beta Pi.

Theory of response. We have developed a general theory of response for modeling engineering systems and business investments. The formulation is for systems governed by coupled, nonlinear differential and algebraic equations in time. We usually apply response theory to the modeling of nuclear reactor plant transients for the purpose of plant design, safety evaluation, operator training, and licensing, but the theory can be applied to any engineering system and to systems analysis in the physical sciences, the quantitative social sciences, and business.

When applied to engineering systems, response theory provides for systematic modeling of transients, the treatment of sudden events such as hydrogen detonations, response to perturbations, determination of uncertainties, determination of marginal effects caused by omission or errors in a known physical effect, determination of the importance of sub-models, quantification of the effects of modeling inconsistencies and coding errors, systematic searching for model parameters which best fit experimental data, and the efficient use of model predictions in the construction of response surfaces.

Nuclear reactor safety. In reaction to the accident at Three Mile Island, the Atomic Industrial Forum organized an industry-wide effort entitled "Industry Degraded Core Rulemaking" (IDCOR) to consider the extent to which light-water reactors can deal with degraded-core and melted-core accidents. Fauske and Associates, Inc. is the technical contractor for the development of the Modular Accident Analysis Program (MAAP). We served as consultants for MAAP on computer-code systems and physical modeling, and a graduate student, M. A. Kenton, is responsible for the systems design, codewriting, and much of the physical modeling contained in MAAP. Many of the MAAP features come from Kenton's doctoral research at Cornell.

The MAAP research investigates the physical phenomena that might occur in the event of a serious light-water-reactor accident leading to core damage, reactor-vessel failure, and possible containment failure and depressurization. MAAP has been written, configured, and tested on seven different light-water reactors with different containment designs (three boiling and four pressurized water reactor designs).

The computer code treats a wide spectrum of phenomena, including steam formation and explosions, core heatup and melting, cladding oxidation and hydrogen evolution, reactor-vessel melt-through and ablation, corium-concrete interactions, ignition of combustible gases, and water and corium entrainment by high-velocity gases. MAAP models all the important engineered safety systems such as emergency core cooling, containment sprays, fan coolers, and power-operated relief valves. The operater is modeled by intervention conditions and a large set of actions that can be taken in response to the intervention conditions.