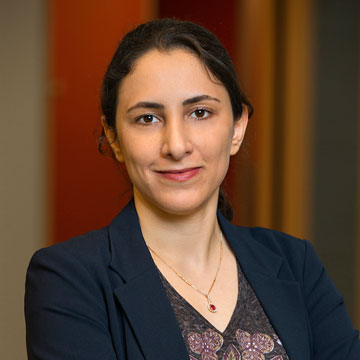 Mahsa Shoaran is an Assistant Professor in the School of Electrical and Computer Engineering at Cornell University. Prior to joining Cornell, she was a postdoctoral fellow at the California Institute of Technology. She received her PhD from EPFL, Switzerland, in 2015 and her B.Sc. from Sharif University of Technology. Mahsa is a recipient of both early and advanced Swiss National Science Foundation Postdoctoral Fellowships, and the NSF Award for Young Professionals Contributing to Smart and Connected Health. She was named a Rising Star in EE/CS by MIT in 2015.