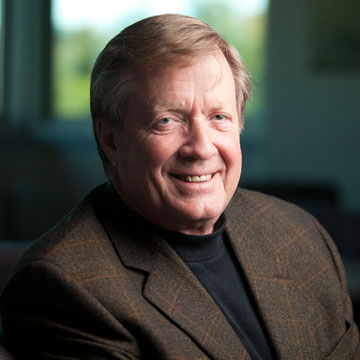 Emeritus
Electrical and Computer Engineering
rjt1@cornell.edu
Back to Directory

Robert Thomas passed away in October 2022.

Dr. Thomas was a Cornell faculty member since 1973 and Emeritus since 2009. He has had assignments with the U.S. Department of Energy Office of Electric Energy Systems (EES) in Washington, D.C and the National Science Foundation as the first Program Director for the Power Systems Program in the Engineering Directorate's Division of Electrical Systems Engineering (ESE). He is the author of over 100 technical papers, and two book chapters.

He has been a member of the IEEE United States Activity Board's Energy Policy Committee since 1991 and was the committee's Chair from 1997-1998. He was a member of the IEEE Technology Policy Council, has served as the IEEE-USA Vice President for Technology Policy, and has been a member of several university, government and industry advisory Boards or Panels. He was an Associate Editor of the IEEE Transactions on Circuits and Systems. He is the founding Director of the 13-university member National Science Foundation Center, PSerc (Power Systems Engineering Research Center). He was a member of the USDOE Secretary's Power Outage Study Team (POST) and is a founding member of the Coalition for Electric Reliability Solutions (CERTS). He was on assignment to the USDOE in 2003 as a Senior Advisor to the Director of the Office of Electric Transmission and Distribution and a member of the DOE August 14, 2003 blackout investigation team and contributed to the 2007 National Interest Electric Transmission Corridor NIETC) study. He was an Advisor to the DOE Assistant Secretary for Electricity Delivery and Energy Reliability from 2006 to 2011. He served as one of 30 inaugural members of the U.S. Department of Energy Secretary's Electricity Advisory Committee (EAC) from 2008 - 2010. He was a member of the PJM Advanced Technology Advisory Council.