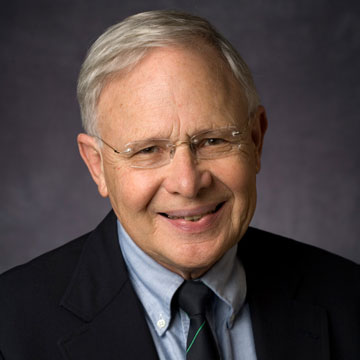 Emeritus
Electrical and Computer Engineering
twp3@cornell.edu
Back to Directory

After receiving his Ph.D., Professor Parks joined the Electrical Engineering faculty at Rice University where he conducted research in digital signal processing. In 1986, he left Rice for Cornell's School of Electrical and Computer Engineering. Parks retired in 2008.

Parks is a Life Fellow of the IEEE and a recipient of the prestigious IEEE Jack S. Kilby Gold Medal for his work on interpolation and the 'Parks-McClellan algorithm'. He has also been awarded the IEEE Third Millennium Medal, the Humboldt Foundation Senior Scientist Award, and a Senior Fulbright Fellowship. He became an NAE Member in 2009.