President Pollack calls for solidarity against acts of hatred, bias 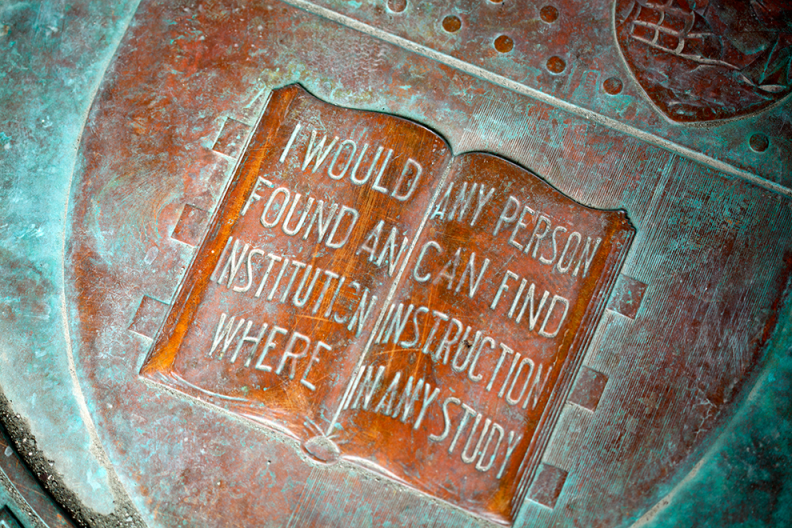 As we arrive at the end of the academic year, our nation is again grappling with disturbing acts of hatred and bias, the latest being an alarming national rise in anti-Semitic hate crimes, including several reports of bias incidents on our Ithaca campus, amid ongoing tensions in the Middle East.

We have stood together as an academic community in solidarity against harassment and hateful acts, whether motivated by religion, race, ethnicity, national origin, gender or other identities, and we will continue to do so until every one of us can live a life grounded in mutual respect and free from fear.

While the situation in the Middle East is complex, there is room – indeed a need – for rigorous discourse and debate, devoid of personal invective and attacks. As we have done all year, we must continue to be guided by the ideals contained in our core values.

Exoplanets get a cosmic front-row seat to find backlit Earth

Astronomers have identified 2,034 nearby star-systems – within 326 light-years – that could find life on Earth by watching our pale blue dot cross our sun. Read more about Exoplanets get a cosmic front-row seat to find backlit Earth

Students in this year’s Kessler Fellows cohort have secured summer internship placements and are getting to work contributing to startups across the nation. The program, rooted in the College of... Read more about Kessler Fellows secure startup internships for summer 2021