Professor Henry G. Booker taught a Fourier math class for EEs in the old basement lecture room of Upson Hall.  Nepers, using e as the base, were used to express ratios - analogous to using dB with base 10.  The professor had a particularly British way of pronouncing "nepers" that led to the following stunt.  One morning, when the not-particularly-athletic professor struggled to raise the first fresh blackboard from its storage slot behind the wainscotting he was puzzled by our instant boisterous laughter; that is, until he realized that someone had chalked in large letters across the board "HELP STAMP OUT CREEPING NEPERISM." 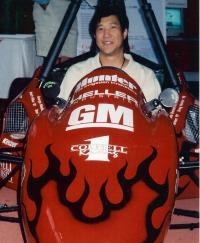 Reunion at Cornell - is Gorges!
Plus you get to see what the nextgen of engineering student project teams are building. "Surf" the project teams. aloh 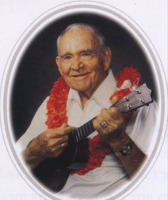 The great thing about Cornell engineers is ALL the fascinating things they do. Do you recognize this Cornell engineer? He graduated MechE in 1916, but was made famous by this song, Mele Kalikimaka, that he wrote for Bing Crosby. Enjoy. aloha. 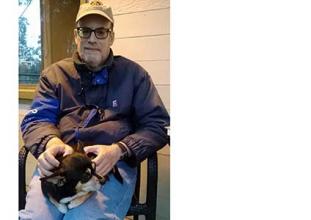 My favorite memory is joining what was then Beta Sigma Rho Fraternity which later became Pi Lambda Phi. Initially, my chosen major at Cornell was Chemical Engineering. However, I first learned about what Industrial Engineering/Operations Research was about from my room mate there the first year and changed my major to IE/OR which I had never heard of before. Glad I did.

Junior year, some EE buddies (Saurabh Patel '91, Dan Roitman '91, Jae Lee '91, and more) and I would regularly find a vacant classroom in Philips Hall and study all night before a prelim. Too many times, we entered after dinner on a flakeless evening to exit in the wee hours to a world that had disappeared under a foot of snow! Was a treacherous slip-and-slide home to Collegetown, yet every time I entered what looks like a completely different world, I was always stupefied and incredulous at how silent and beautiful the world had become in just hours. Very good memories on the Hill with very good friends... 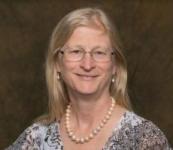 I remember a lot of great people, lots of hard work, and only one womens' restroom in all of Phillips Hall. 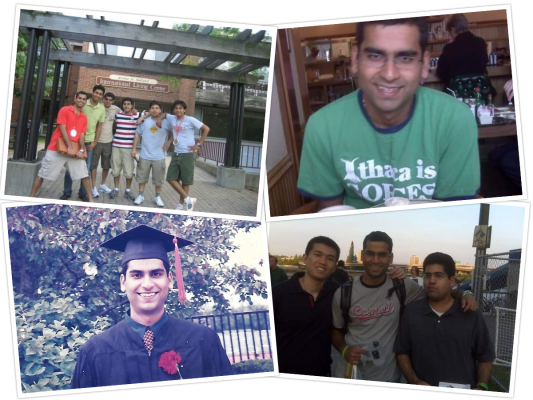 Good and much cherished times on and off campus with friends. 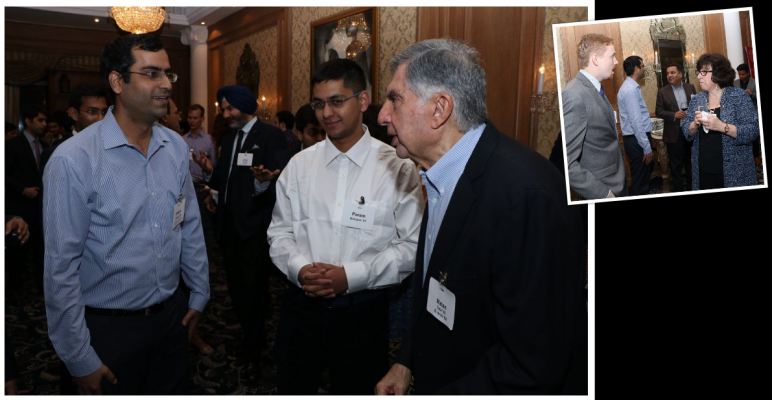 Had the privilege to meet with Ratan Tata and Prof. Martha Pollack during the Cornell Presidential Visit in Mumbai 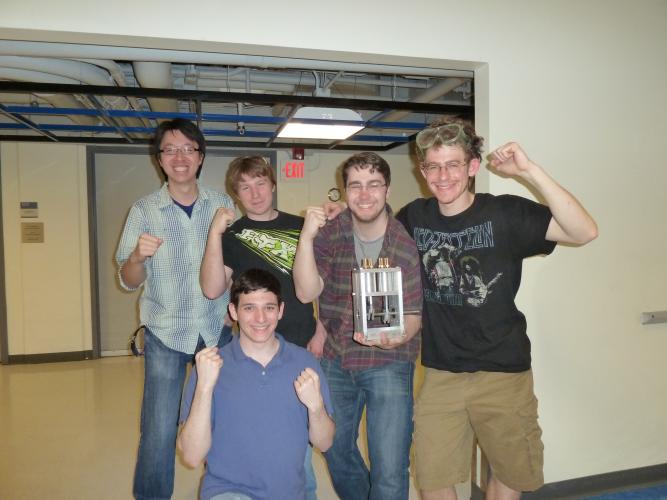 This was our team's 2013 build for the MAE 2250 wind-powered pump project. Shout out to Torin for saving our project with his machining skills when I accidentally milled a hole with too large of a diameter for the threads we needed. Shout out to Mark, who later worked with me at an HVAC company in New York City in 2018-2019. And shout out to Sam and Julian, wherever you are. I hope you are safe in these strange times! 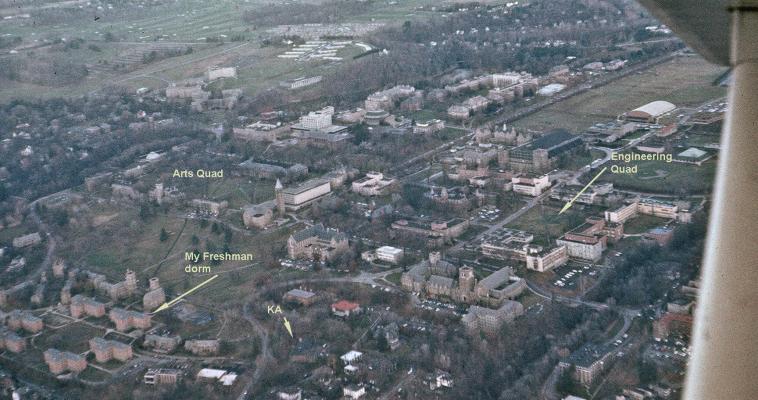 I have many fond and grateful memories of my undergraduate years at our Alma Mater, but topping the list is the beauty and serenity of our campus which I believe strongly fosters the search for knowledge and academic excellent that Cornell is deservingly known for.  As a member of the East Hill flying club I was able to enhance my ground perspective with aerial views. (see attached picture I took of our campus in the Fall of 1964)   Following this perspective our Cornell song, "Spirit of Wisdom" has been a guide to me in my professional and personal life. 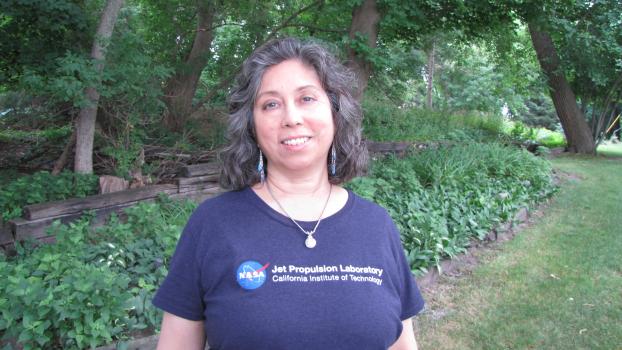 I received both a BS in Eng and a BA in Psychology so I had an amazing time meeting people from all walks of Cornell. Engineering was hard but opened the door to NASA/JPL and working in Mars Rover Surface Operations for me. 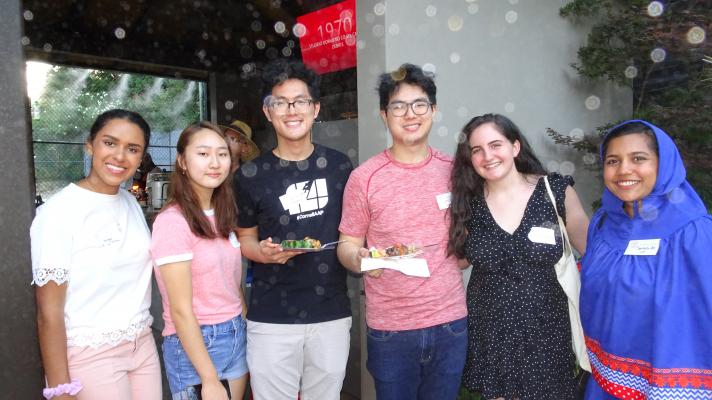 I am Barbara Waldman from Boston who had just finished my BS EE from Stanford. I remember arriving at Cornell for the first time  for my M ENG and being in awe  of the beautiful campus and meeting new students in EE and in my international dorm.  I enjoyed biking around that year. The courses were interesting. I loved the waterfalls and Cornell spirit.