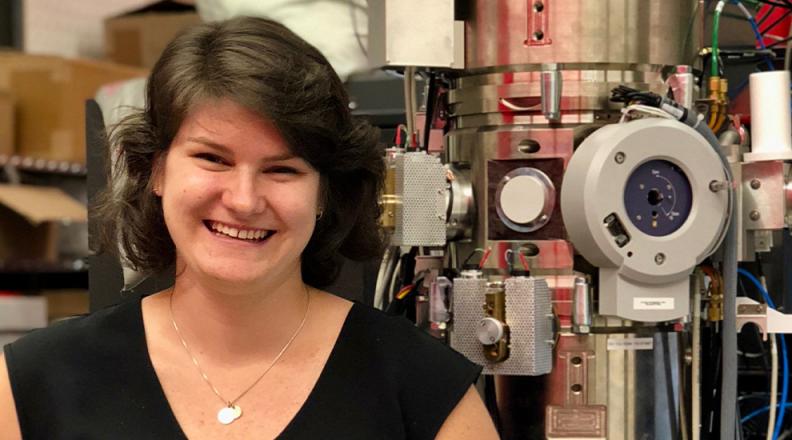 When Berit Goodge came to Cornell to earn her Ph.D. in the School of Applied and Engineering Physics (AEP), she was simply following the roadmap she’d laid out in 4th grade. “I was a pretty precocious child,” says Goodge. “Both of my parents are academics so I knew what grad school was before I really knew what high school was. I came home one day from 4th grade and announced that I would be going to Carleton College and then on to grad school for my Ph.D.”

Goodge, who is finishing her second year in Lena Kourkoutis’s research group at AEP, did exactly that. She went to Carleton College where she majored in physics and got an early introduction to research. “The 3rd week of freshman year I sent an e-mail to a professor who was doing research in oxides,” says Goode. “She took me on right away and it was great. Carleton doesn’t have grad students, so often it was just me and her in the lab. If something broke it was all on us to fix it. I learned a lot about materials, but also about the entire process of academic research.”

One thing Goodge learned from her undergraduate years at Carleton was that she didn’t simply want to know the answers to research questions; she wanted to know why the answers were what they were. “I have always liked learning and exploring and understanding what is going on at the atomic level,” says Goodge. “So grad school has always seemed like the obvious choice for me.”

In contrast to her certainty about attending Carleton for her bachelor’s degree, Goodge took almost the opposite approach to finding a Ph.D. program. “Carleton was the only college I applied to for my B.A.,” says Goodge. “For grad school, I applied all over the place and had no idea where I would end up.” Cornell was on Goodge’s radar for several reasons: many of the papers she read as an undergrad were authored by Cornell researchers, Cornell Professor Paul McEuen had given an impressive talk at Carleton, and it was clear that there were great people doing incredible research across the University.

“And then I came to visit,” says Goodge, “and people were so welcoming and nice. And beyond all that, I loved the small town feel of Ithaca and the easy access to woods and trails.”

Shortly after arriving in Ithaca, Goodge contacted Professor Lena Kourkoutis to arrange a meeting. “I had read a paper as a senior and I circled the names of the researchers involved in the paper, including Lena—I vowed that one of them would be my advisor.” After meeting with Kourkoutis during the first week of school, Goodge had a key to the lab and started learning how to use the Scanning Transmission Electron Microscope (STEM).

In the two years since she started at Cornell, Goodge has gravitated to work focused on characterizing complex oxides. “These materials are used in everything,” says Goodge. “They are in the transistors in smart phones, in computer memory devices, in devices requiring superconductors, and in solar cells.” All of these technologies can become more efficient and more powerful if the complex oxide materials in them can be improved. Goodge is using the electron microscope to show the precise arrangement of atoms within a sample oxide.

Her work is part of a three-pointed process comprising synthesis, theory, and characterization. All three points in the process are essential to each other. Once a material is synthesized, its atomic structure is made clear through characterization. Theorists can take what they learn about the material’s structure (from researchers like Goodge and Kourkoutis) and its performance to explain why and how it acts like it does. Since variations in how a material is synthesized can affect its structure (and, as a result, its qualities), knowing the exact structure of the resultant material is important.

“I like the whole process,” says Goodge. “In working with the people who grow these materials and with the theorists who try to connect what we are seeing with the performance of the material I am learning a lot about perovskites.” (Perovskites are the class of oxides Goodge works with most frequently). Goodge is not sure where her studies will take her once she has completed her Ph.D. “So much can change so fast,” she says, “it’s hard to have a specific plan in place for when I am done. I know what I want to be doing day to day—learning more about materials—but I don’t yet know what setting I want to do that in.”

When she is not using the electron microscope to see perovskites more clearly, Goodge likes to take advantage of living in Ithaca by hiking, roller skiing, cross country skiing, and biking. She is also a fan of classic British literature, mysteries, and science fiction. 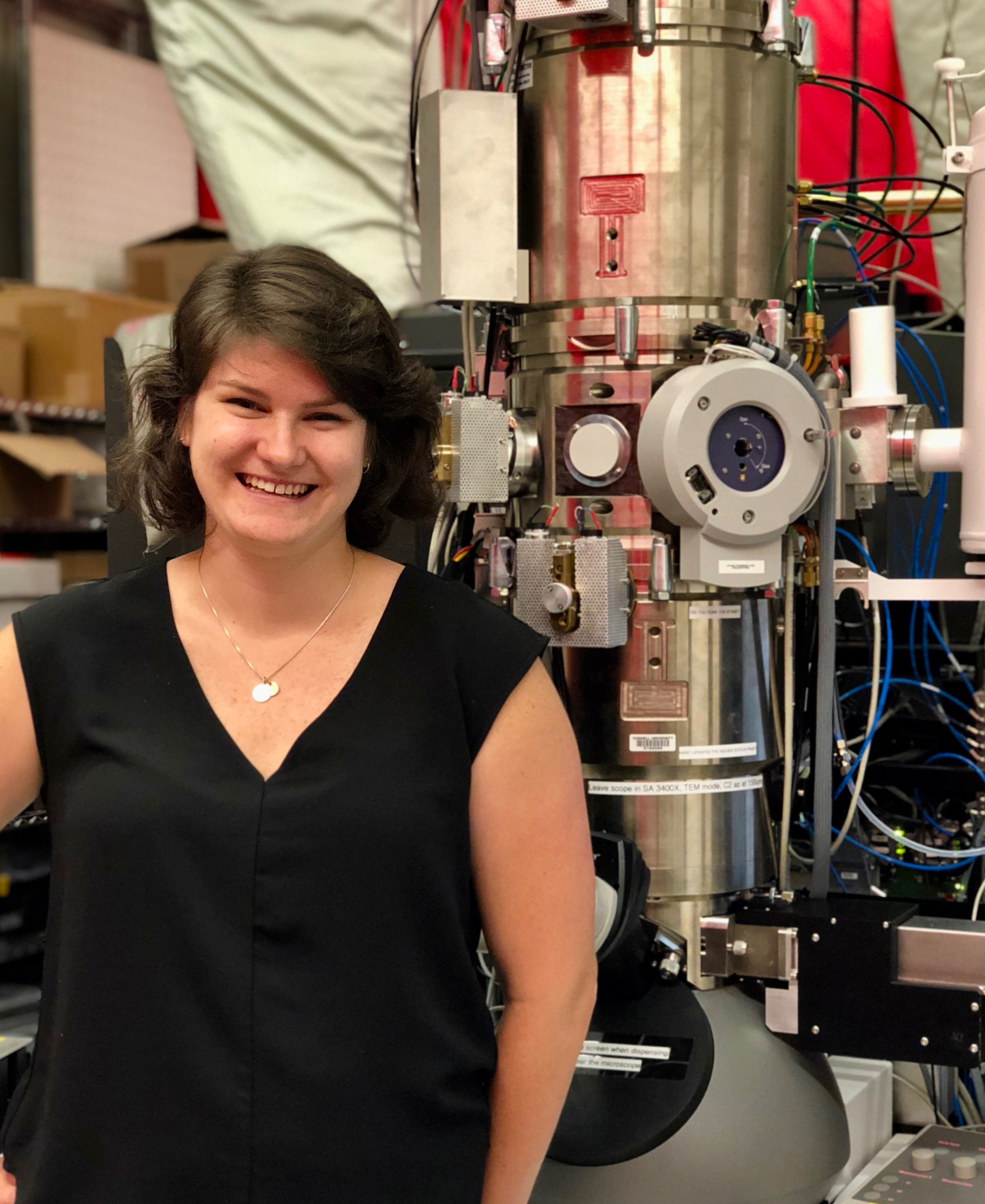 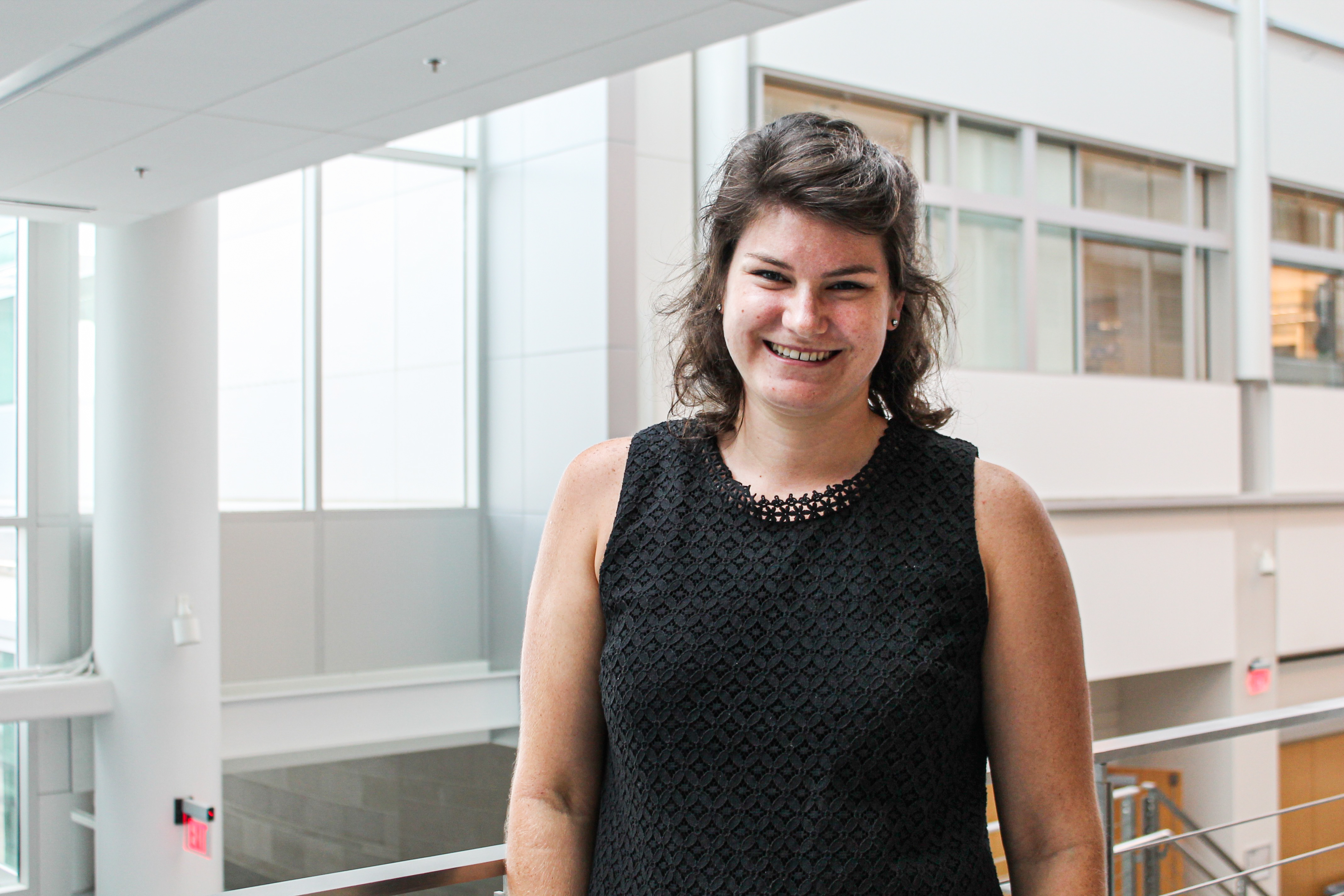 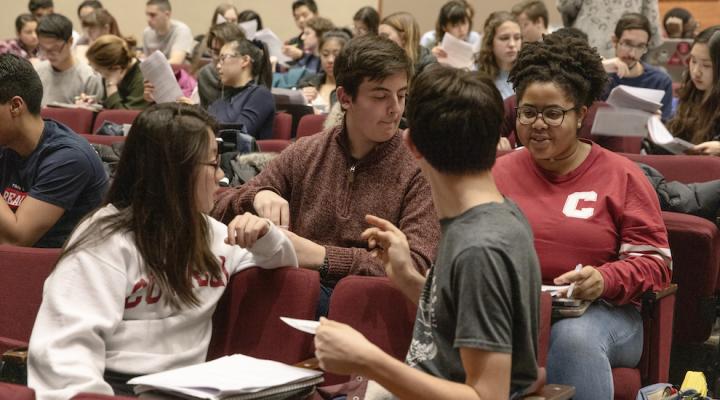 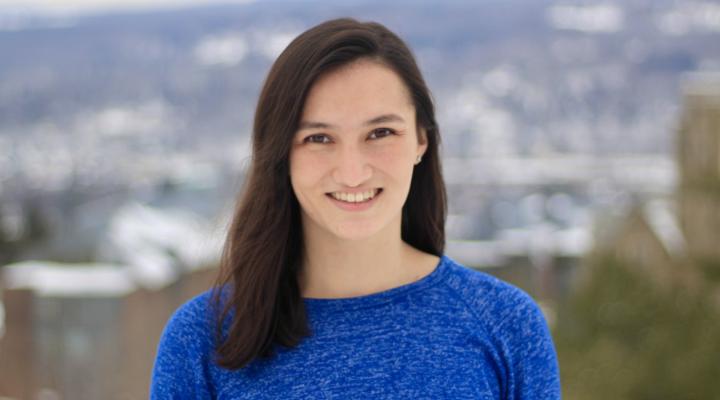 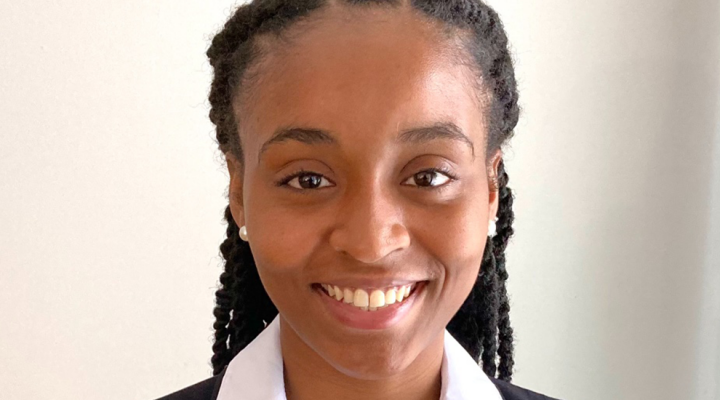