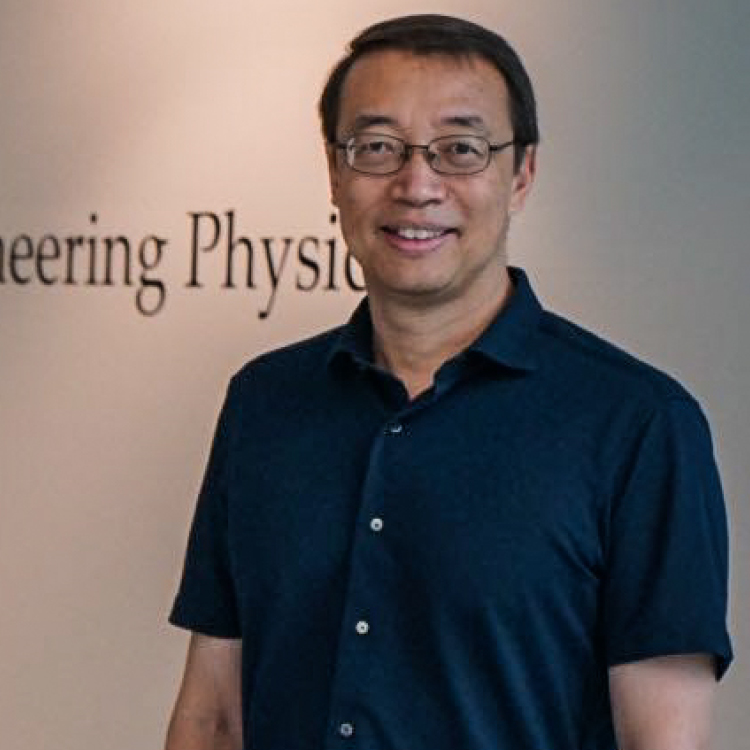 Chris Xu is the IBM Chair Professor of Engineering and director of the School of Applied and Engineering Physics, Cornell University. He is the Mong Family Foundation Director of Cornell Neurotech – Engineering and the director of Cornell NeuroNex Hub, an NSF funded center for developing neurotechnology. His current research areas are fiber optics and biomedical imaging, with major thrusts in multiphoton microscopy for deep brain imaging, multiphoton microendoscopy for clinical applications, and fiber-based devices and systems for telecommunications and optical imaging. Prior to Cornell, he was a member of technical staff at Bell Labs, with research focus on fiber optic communication systems based on differential phase-shift keying and low-cost fiber-to-the-home systems. He received his Ph.D. in Applied Physics, Cornell University, and his B.S. in Physics from Fudan University. He served as the Director of Graduate Studies in Applied Physics from 2007 to 2013, and the Director of Undergraduate Studies of the School of Applied and Engineering Physics from 2014 to 2016.

Dr. Xu has chaired or served on many conference organization committees and NSF/NIH review panels. He served on the NIH NEI External Scientific Oversight Committee of the Audacious Goal Initiative and is currently serving on the OSA Biomedical Congress Strategic Planning Committee. He served as Associate Editor for Biomedical Optics Express, and is on the editorial boards of several journals. He has published 9 book chapters and > 300 journal and conference papers. Dr. Xu has delivered > 300 plenary/keynote/invited conference presentations and research seminars. In addition, he has given dozens of outreach talks. He holds 25 patents on optical communications and imaging. He has won the NSF CAREER award, Bell Labs team research award, and the Tau Beta Pi and two other teaching awards from Cornell Engineering College. He received Cornell Engineering Research Excellence Award in 2017. He is a fellow of the National Academy of Inventors and a fellow of the Optical Society of America.

Our research has two main thrusts: biomedical imaging and fiber optics. We are exploring new concepts and techniques for in vivo imaging deep into scattering biological specimens, such as mouse brain. We are developing new medical endoscopes for non-invasive real-time diagnostics of tissues without any exogenous contrast agent. We are developing novel optical fibers and fiber-based devices for biomedical imaging and optical communications.