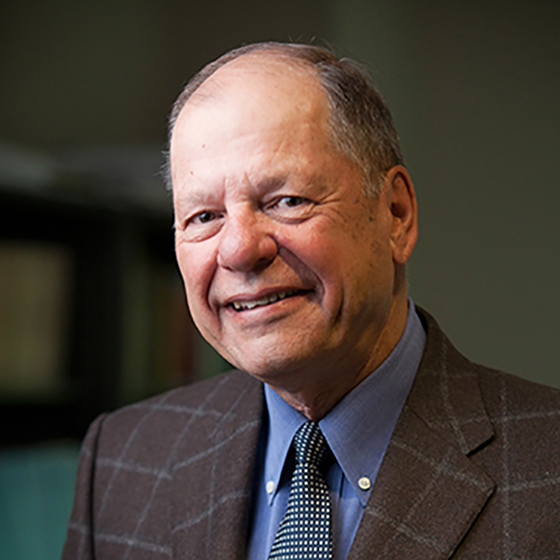 Jack Muckstadt is the Acheson-Laibe Emeritus Professor of Engineering in the School of Operations Research and Information Engineering and a Stephen H.Weiss Presidential Fellow. Professor Muckstadt was the School's Director for nine years; he also established and was the first director of the Cornell Manufacturing Engineering and Productivity Program. He is a co-director of Cornell's Institute for Disease and Disaster Preparedness. He was an officer in the U.S. Air Force and retired in 1983. He has consulted for many companies and governmental organizations. He holds a B.A. in Mathematics from the University of Rochester and an M.A. in Mathematics and an M.S. and Ph.D. in Industrial Engineering from the University of Michigan.

Professor Muckstadt conducts research in a variety of topics related to supply chain management. He has created mathematical models and algorithms designed to address strategic, tactical and operational problems faced by profit and non-profit organizations. The application areas include spare parts operations for the U.S. Air Force and companies like Xerox, distribution planning for oil companies, and fulfillment system and inventory planning for Amazon.com. As a member of the Centers for Disease Control's (CDC) Board of Scientific Counselors, he has also studied several supply chain problems related to public health and emergency management. He has won awards for his research. He is a Fellow in the Institute for Operations Research and Management Science and an MSOM Fellow.

Professor Muckstadt's teaching is in the areas of manufacturing systems and manufacturing logistics, supply chain systems, and, most recently, response logistics for mass casualty events. He has won over a dozen teaching awards. To recognize his dedication and effectiveness as a teacher, he was named a Stephen H. Weiss Presidential Fellow.

During his tenure at Cornell University, Professor Muckstadt has been the School's Director for nine years, he established and was the first director of the Cornell Manufacturing Engineering and Productivity Program, and is a co-director of Cornell's Institute for Disease and Disaster Preparedness. He has been active in government service and presently serves on a Board of Scientific Counselors to the CDC.