David Erickson Inducted to the Canadian Academy of Engineering 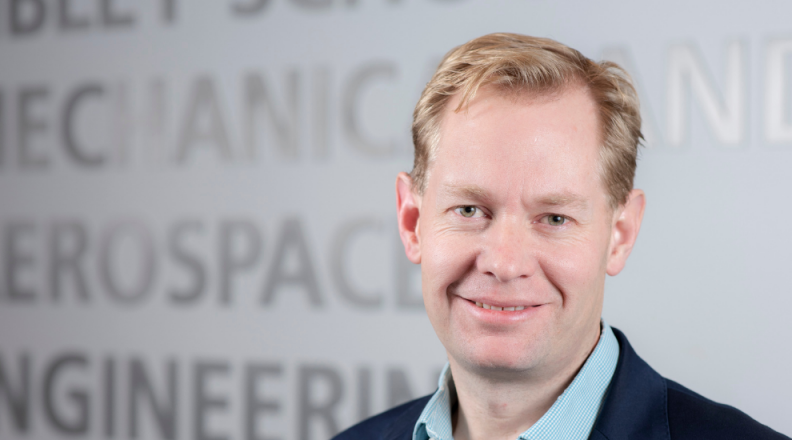 As stated by the CAE, fellows are nominated and elected by their peers, in view of their distinguished achievements and career-long service to the engineering profession.

The NutriPhone allows technicians to use just a few drops of blood to gather complex information about a person’s nutrition, with a smartphone device. The technology, co-developed by the Erickson Lab, combines nanofabricated “lab-on-a-chip” technology with new smartphone apps to monitor users’ nutrition, blood, and stress.

In the area of energy and sustainability, the Erickson Lab has been developing new designs for photoreactors that enable radically better light delivery to catalytic surfaces enhancing the production of solar fuels.

Erickson has also made significant impacts in the area of optofluidics, co-founding the field. Optofluidic technologies are positioned to impact some major healthcare engineering challenges.

In addition to fundamental research, Erickson’s research group emphasizes the transition of technologies to the marketplace through the formation of start-ups and other commercial interactions. Erickson has co-founded numerous startups companies in the areas of high-throughput pharmaceutical instrumentation, biomedical diagnostics, and energy technologies, including Halo Labs, VitaScan, and Dimensional Energy.

Becoming a CAE Fellow adds to a number of awards Erickson has received during his career, including being named a fellow of the American Society of Mechanical Engineers (ASME) and a fellow of the Optical Society of America (OSA). Erickson also received the Presidential Early Career Award for Scientists and Engineers (PECASE) from President Obama, the Department of Energy Early Career Award, the Defense Advanced Research Projects Agency (DARPA) young faculty award, and the National Science Foundation CAREER Award.

Prior to joining the faculty in the Sibley School, he was a postdoctoral scholar at the California Institute of Technology, and he received his Ph.D. degree from the University of Toronto.

Induction to the CAE was held virtually at the Annual General Meeting for CAE Fellows on June 14, 2021.

President Martha E. Pollack on Oct. 18 announced the winners of Stephen H. Weiss Awards honoring a sustained record of commitment to the teaching and mentoring of undergraduate students and to... Read more about Weiss teaching awards honor 10 exceptional faculty

Using a Packard Fellowship for Science and Engineering from the David and Lucile Packard Foundation, Peter McMahon, assistant professor of applied and engineering physics, aims to harness the power of... Read more about Packard fellow McMahon rethinks neural-network computing