Guillaume Lambert, a Sesquicentennial Faculty Fellow in Applied and Engineering Physics, has developed a rapid, low-cost diagnostic system for the Zika virus.

An international, multi-institutional team of researchers that included Guillaume Lambert, a Sesquicentennial Faculty Fellow in Applied and Engineering Physics, has developed a low-cost, rapid paper-based diagnostic system for strain-specific detection of the Zika virus, with the goal that it could soon be used in the field to screen blood, urine, or saliva samples.

“The growing global health crisis caused by the Zika virus propelled us to leverage novel technologies we have developed in the lab and use them to create a workflow that could diagnose a patient with Zika, in the field, within 2-3 hours,” said James Collins, Ph.D. at the Wyss Institute for Biologically Inspired Engineering at Harvard University.

Building off previous work done at Harvard’s Wyss Institute by Collins and his team, along with collaborators from Massachusetts Institute of Technology (MIT), the Broad Institute of Harvard and MIT, Harvard Medical School (HMS), University of Toronto, Arizona State University (ASU), University of Wisconsin-Madison (UW-Madison), Boston University (BU), Cornell University, and Addgene joined their efforts to quickly prototype the rapid diagnostic test and describe their methods in a study published online May 6 in the journal Cell, all within a matter of six weeks. Collins is the paper’s corresponding author.

In October 2014, Collins’ team developed a breakthrough method for embedding synthetic gene networks – which could be used as programmable diagnostics and sensors – on portable, small discs of ordinary paper.

Stirred by the then-ongoing Ebola outbreak in Africa, they demonstrated a proof-of-concept color-changing diagnostic that could screen for Ebola by embedding in paper a novel kind of synthetic biomolecular sensor designed to screen for specific RNA sequences. These RNA sequences can mark not only the genetic signatures of Ebola but also other RNA viruses including Zika, SARS, measles, influenza, hepatitis C, and West Nile fever. The team believed that one day, the method could be applied in the field to identify viruses with blood, urine or saliva samples.

However, until recently, the team’s paper-based technology has been challenged by the extremely low concentration of virus that is normally found in blood, urine and saliva. Now, using blood samples from monkeys infected with Zika virus as well as virus recovered from cells infected in the laboratory, the team has validated a next generation technique that overcomes this problem.

A leap for paper-based diagnostics, urged by the Zika outbreak

“The vivid images in the news stemming from the ongoing Zika crisis are heartbreaking,” said Keith Pardee, Ph.D., one of the study’s co-first authors and an Assistant Professor in the Leslie Dan Faculty of Pharmacy at University of Toronto, who was formerly a Postdoctoral Fellow at the Wyss Institute and BU. “We hope a tool like this can help reduce the impact of the outbreak until a vaccine can be developed.”

With field use in mind, Collins' team designed a simple modular workflow comprising three steps: amplification, Zika detection, and CRISPR-Cas9-aided strain identification. CRISPR-Cas9, a gene editing mechanism derived from the immune systems of bacteria, can be used to search entire sequences to find exclusive genetic markers. Leveraging CRISPR-Cas9’s talent for sequence recognition, the third part of the team’s system uses a CRISPR-Cas9-aided paper-based diagnostic to discriminate between strains whose genetic profiles differ by as little as one nucleotide.

Once a sample’s RNA has been amplified using a mixture of enzymes and “primers”, DNA sequences that trigger replication, a drop is administered to paper discs that are freeze-dried containing a mixture of cellular components and biological proteins. The droplet of amplified RNA activates the freeze-dried components so that the discs will change color to indicate a positive result for Zika virus. While the result can be read with the naked eye similar to a home pregnancy test, a specially designed electronic reader can also be used to get faster results and could, one day, quantify the amount of viral load in a sample.

If Zika is detected, the third step involves mixing a sample with a freeze-dried CRISPR-Cas9 cocktail and then using that mixture to wet another set of color-changing paper discs. Depending on the type of Zika strain contained in the sample, these discs undergo another set of visible color changes.  Although synthetic biologists and genetic engineers usually put CRISPR-Cas9 to work inside living cells, Collins’ team discovered that it functions just as well - and even better in some cases - when freeze dried.

“We have tested our diagnostic systems against closely-related strains of the Dengue virus and found that within the first two steps, our system can readily distinguish Zika from Dengue,” said Alexander Green, Ph.D., co-first author on the study and an Assistant Professor in the Center for Molecular Design and Biomimetics at ASU’s Biodesign Institute and School of Molecular Sciences, who was formerly a Postdoctoral Fellow at the Wyss Institute and BU. “The addition of the third CRISPR-based step – deploying Cas9 on a paper-based platform for the first time - only enhances the accuracy of detection. As we prepare this technology for translation, we plan to validate our system against dozens or even hundreds of clinical samples.”

All components of the diagnostic system can be freeze-dried for storage and transport while retaining their efficacy. The ability to pinpoint a strain-specific diagnosis in the field could prove valuable to national and global health organizations for tracking the spread of a viral outbreak in real time and for preparing containment strategies and treatment plans.

The diagnostic system developed by Collins’ team could be tailored to identify a range of pathogens, and is an extremely cost effective diagnostic platform given its paper-based nature. What’s more – the method is robust and could be used to quickly respond and develop new diagnostics in the face of emerging outbreaks.

“In response to an emerging outbreak, we envision a custom-tailored diagnostic system could be ready for use within one week’s time,” said Collins. “We are currently pursuing multiple opportunities to secure private and public funding in order to commercialize this diagnostic system and make it available to the world’s health responders.”

“The ability to recapitulate the genetic machinery of living cells in ordinary freeze dried paper provides a way to develop revolutionary sensors and diagnostics in a fraction of the time and with higher sensitivity and specificity than more conventional assays. These inexpensive paper-based tests also can be easily transported out of the laboratory and distributed virtually anywhere around the world.  The potential for applications in health and environmental screening, particularly in low resource areas, is huge,” said Wyss Institute Founding Director Donald Ingber, M.D., Ph.D., who is the Judah Folkman Professor of Vascular Biology at Harvard Medical School and the Vascular Biology Program at Boston Children’s Hospital, and also Professor of Bioengineering at the Harvard John A. Paulson School of Engineering and Applied Sciences.

The work was supported by the Wyss Institute for Biologically Inspired Engineering, MIT's Center for Microbiome Informatics and Therapeutics, the Defense Threat Reduction Agency, Arizona State University (A.G.), and the National Institutes of Health AI100190 (L.G.). 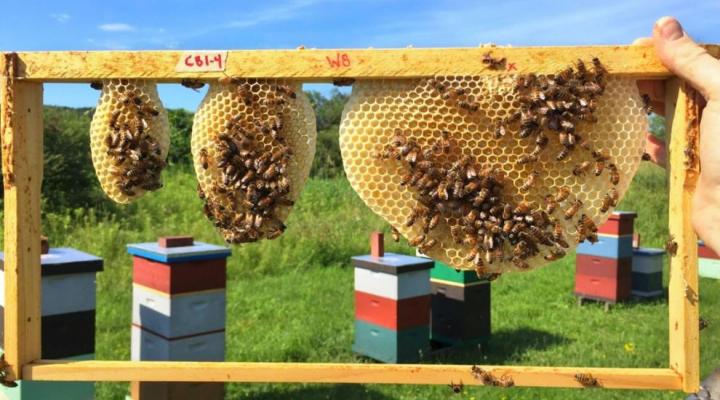 Engineers may learn from bees for optimal honeycomb designs 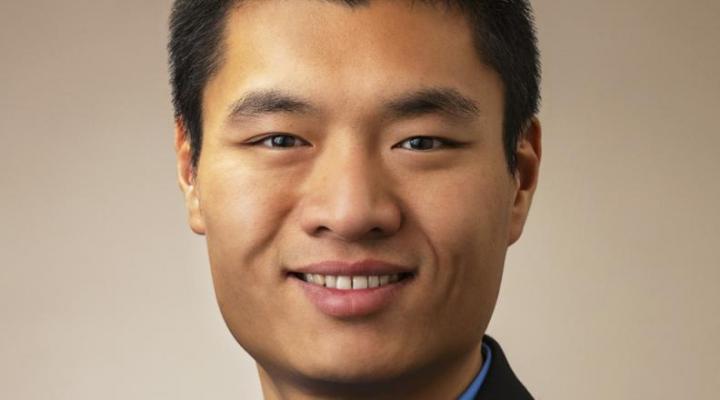 Fengqi You, Roxanne E. and Michael J. Zak Professor at the Smith School of Chemical and Biomolecular Engineering, was selected to receive the 2021 Sustainable Engineering Forum Education Award by the... Read more about Professor Fengqi You receives National Award on Sustainability Education