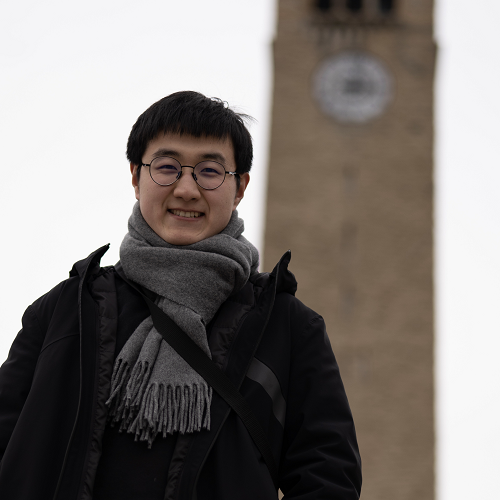 By the time Ning Zhao, Ph.D. student in Systems Engineering at Cornell, has his doctorate, he may know more about New York State’s power generation, storage, and delivery capabilities than any other person in the state. Zhao’s advisor is Fengqi You, the Roxanne E. and Michael J. Zak Professor in Energy Systems Engineering.

In 2019 New York State passed the Climate Leadership and Community Protection Act (“the Act”) which sets ambitious goals for reducing carbon emissions in the state, including 100 percent carbon-free electricity production by 2040 and net-zero carbon emissions by 2050.

It is one thing to mandate these milestones, but another thing to actually reach them. Zhao and You are working to build a model to see if New York’s goals for the electric sector are feasible. “This is hard to say,” says Zhao. “For a highly integrated and complex problem like this, I think it is better to use a top-to-bottom approach. Starting from the top, by going through the Act and government reports, the objectives and boundaries of this project become clearer to me. Now I am working on model construction and gradually getting to the bottom level of this problem.”

Any system that could produce net-zero carbon emissions by 2050 will require extensive (and expensive) changes to the current electricity infrastructure. As more wind- and solar-power sources come online in the state it is tricky to integrate these multiple sources of electricity. Moreover, energy storage capacity should also be expanded such that the power generated from renewable resources can be used later. Involving all the above factors and uncertainties in one optimization model is an extremely challenging part of Zhao and You’s work.

Zhao has not always been focused on energy production in this way. He grew up in Beijing. His mother was a professor in fashion design and his father was a civil engineer. Thanks to his parents' education, Zhao developed a strong sense of curiosity. As Zhao grew older, he grew interested in electronics and it fascinated him to go through the user manual of an electronic gadget and test its unique but inconspicuous functions. When it came time to choose an undergraduate major, Zhao decided to study chemical engineering at Tsinghua University in Beijing.

As an undergrad, he did research on catalysis, that focused on converting carbon dioxide into valuable products, such as methane and alcohol. “Based on that experience, I knew I wanted to go further into research,” says Zhao. “So I applied to several schools for doctoral programs. My favorite class as an undergrad was a systems engineering course. It helped me see the great potential of using systems engineering and optimization approaches to address some huge problems. Cornell systems engineering program matches my interests perfectly, so I corresponded with Prof. You and decided to come to Cornell.”

Now that he is at Cornell and in the second year of his Ph.D. studies, Zhao is even more convinced about the value of optimization and systems engineering approaches.  “Almost every single problem in the real world can be represented as a mathematical model,” says Zhao. “Optimization really can be applied to every aspect of life. It is too early to say exactly what I will do once I have earned my doctorate, but at this point I think I would like to go into industry or government research, since one major motivation of my research is to optimize the public interest.”

In addition to his work modeling the current and future electric supply and demand for the next 20 years in New York, Zhao is also looking at ways New York State can incentivize dairy farmers to adopt on-farm anaerobic digesters to turn dairy wastes into energy using a game-theory-based bilevel optimization approach.  Zhao’s paper on this topic was accepted by Applied Energy early this summer. 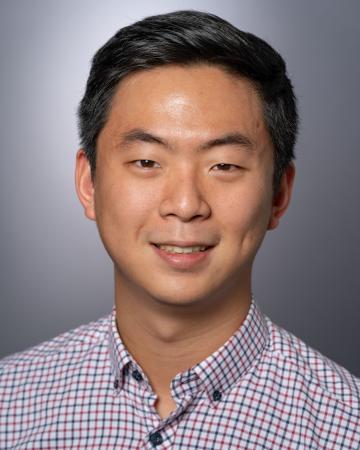 John Eom, doctoral student in Cornell’s School of Materials Science and Engineering (MSE), says of himself, “I’m not generally a risk-taker but in my professional life I do tend to try things that are... Read more about John Eom 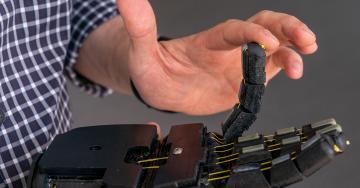 Robotic Hand with a High-Tech Transmission

by Colton Poore ’20 The world of prosthetics is evolving every day. After one of Kevin O’Brien’s good friends—a combat rescue pilot—lost her leg, she was able to receive a prosthetic and had her wings... Read more about Robotic Hand with a High-Tech Transmission