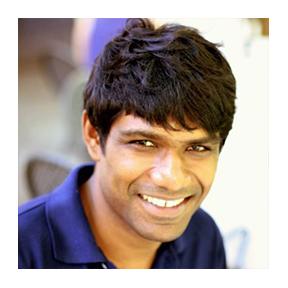 Samitha Samaranayake believes that we’re at the dawn of a revolution in urban transportation systems. “This is a great time to study urban transportation problems and solutions,” says Samaranayake. “Bike-share and car-share programs are springing up everywhere. Cities are innovating and trying to be more agile with public transportation. On-demand systems like Uber and Lyft are becoming popular. Many people in urban environments are rethinking the need for personal vehicle ownership. Combine all these with the data we can collect in real time from smart phones and internet-enabled devices and you have a real opportunity to create some great solutions.”

Samaranayake, who is an assistant professor in the School of Civil and Environmental Engineering at Cornell and a Graduate Field Faculty in the School of Operations Research and Information Engineering, is interested in the modeling, analysis and control of networked urban infrastructure systems with a focus on transportation networks. His long term goal is to help large urban areas create truly integrated multi-modal transit systems that move people efficiently and reduce energy usage and congestion.

Samaranayake grew up in Sri Lanka, where his academic interests were strongly influenced by his father, a mathematical physicist by training who later transitioned to create the Computer Science Department at the University of Colombo. Samaranayake says he always liked subjects based on logical reasoning because studying didn’t feel like work, since what mattered was understanding the underlying concepts and not memorizing things. He planned to attend university in Sri Lanka, but his mother encouraged him to cast a wider net, and as a result he ended up at MIT for his undergraduate education.

In the years since his start at MIT, Samaranayake has traveled easily back and forth between the academic world, government organizations, and tech companies. He has spent time working with Oracle, Synopsys, and Google as well as CalTrans and the French National Institute for Research in Computer Science (INRIA). These experiences leave him perfectly positioned to have a real impact in designing and implementing integrated transit systems for large urban areas.

The ubiquity of connected devices combined with the availability of cheap and highly scalable computing power, and the development of algorithms that can exploit this has led to an explosion in the use of algorithms to plan and manage very complex systems. A city’s transportation system really boils down to millions of individuals making decisions about how to get to where they are going. It is now possible to create computationally tractable algorithms to help cities plan a smarter transportation system that takes into account these millions of decisions made every day. “My main focus is on developing algorithms for effectively scheduling and routing vehicles in real-time,” says Samaranayake. “I work on problems related to vehicle routing with reliability guarantees, dynamic traffic management and control, and ride-sharing systems.”

He is particularly interested in developing computationally efficient solution techniques and algorithms that will allow municipalities to develop practical applications to transportation questions. As with any system involving humans and their decision-making process, “one of the hardest problems, at the end of the day, is understanding and modeling human behavior,” says Samaranayake.  Therefore, effective solutions will require collaborations not only with engineers, but also with behavioral economists, public policy experts and others from the social sciences. He decided to come to Cornell, in part, because of the well-founded reputation Cornell has as a place where researchers from many fields collaborate willingly and profitably.

“It was important for me to be somewhere with a strong engineering program, but also a place that recognized the importance of collaborations across Colleges and encouraged it,” says Samaranayake. “I came to visit and it was obvious how open and collegial people are at Cornell. Cornell Tech was also a huge selling point for me. I work on problems experienced by big cities and New York City could be an amazing test bed for my ideas.”

Samaranayake predicts that in the future, cities will design and develop transportation systems that take advantage of many modes of mobility including private vehicles, public transit, bike-shares, car-shares, ride-shares, and on-demand services. These systems will be nimble and respond to changing conditions quickly and efficiently. To make this future a reality, he is working to create the algorithms necessary to orchestrate such a complex system.