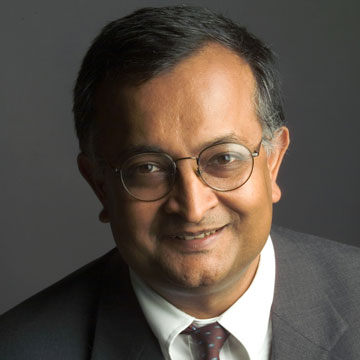 Sandip Tiwari, a native of India, was educated starting in Physics before moving to Electrical Engineering, attending IIT Kanpur, RPI, and Cornell, and after working at IBM Research, joined Cornell in 1999. He has been a visiting faculty at Michigan, Columbia, and Harvard, the founding editor in chief of Transactions on Nanotechnology and authored a popular textbook of device physics. He is currently the Charles N. Mellowes Professor in Engineering and the director of USA's National Nanotechnology Infrastructure Network.

His research has spanned the engineering and science of semiconductor electronics and optics, and has been honored with the Cledo Brunetti Award of the Institution of Electronic and Electrical Engineers (IEEE), the Distinguished Alumnus Award from IIT Kanpur, the Young Scientist Award from Institute of Physics, and the Fellowships of American Physical Society and IEEE. Particular joyful to him is discovering scientific explanations, uncovering new phenomena, inventing new devices and technologies, and moving in directions that are of broader societal use. His current research interests are in the challenging questions that arise when connecting large scales, such as those of massively integrated electronic systems a complex system, to small scales, such as those of small devices and structures that come about from the use of nanoscale, bringing together knowledge from engineering and physical and computing sciences. Through National Nanotechnology Infrastructure Network (NNIN) and in his personal life, he is also active in bringing broader education, openness and understanding and cooperation across this world.