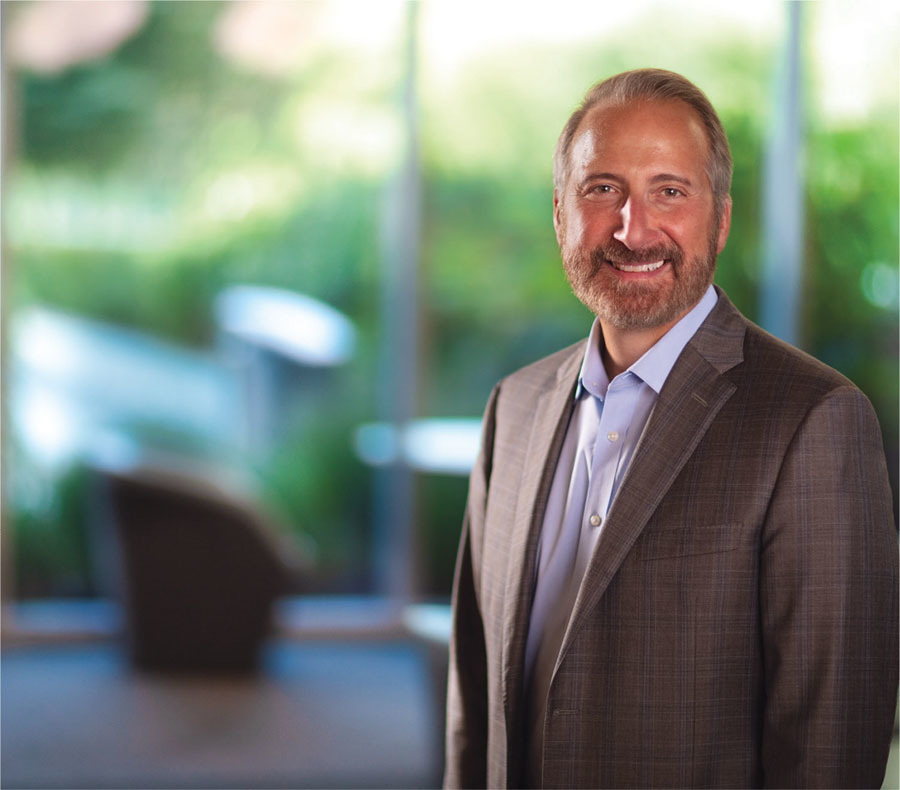 Jason Providakes never intended to leave academia. After earning his Ph.D. from Cornell’s School of Electrical and Computer Engineering (ECE) in 1985, Providakes took a position at Cornell, teaching and conducting research in the area of radar backscatter to study the Earth’s ionosphere. It was the 1980s and the Cold War between the United States and the Soviet Union was very much alive.

"I was going to pursue an academic career," says Providakes, "but then I took a detour to MITRE." The Mitre Corporation was founded in 1958 as a not-for-profit organization to provide overall direction to the sprawling government effort known as the SAGE Project. SAGE stood for Semi-Automatic Ground Environment and it was an incredibly complex system of radar sites, computers, and networking equipment designed to convey an accurate and up-to-the-minute image of the airspace over a vast area of the globe.

At MITRE, Providakes’ research into the ionosphere became relevant in a way that led him to alter his career path out of academia and into the work done at MITRE. "I saw that my work had real world applications in national security," says Providakes. "And when you can marry your research interests to national security it is so rewarding." Providakes became the lead scientist at MITRE’s Boston campus and helped create a radar system that could use the ionosphere as a medium to detect planes over the horizon. "MITRE gave relevancy to what I had been learning my whole time at Cornell."

Providakes has been with MITRE since he started that first position as lead scientist in 1991. In the years since, he has held a wide variety of roles within the corporation on both the technical and the management sides of the operation. His current position as president and CEO is a natural step for someone so immersed in all of the many aspects of what MITRE does.

"Being willing to take on so many different jobs and problems means you have to learn new skills and broaden your network," says Providakes. "I was able to do that at MITRE. I took on many new research roles and also learned all about the management roles essential to working on such complex problems."

Since its start in 1958 MITRE has grown far beyond managing the SAGE program. It currently manages seven federally funded research and development centers (FFRDCs) focused on everything from national security issues to health care modernization. All seven centers share a common challenge: the issues they tackle are incredibly complex with many moving parts and often-passionate constituencies. To make any real progress on something like modernizing the American health care system or ensuring cybersecurity, MITRE needs to take a systems engineering approach.

When Providakes looks back at his doctoral research into the ionosphere he sees that even then he was taking a systems engineering approach. "I had to bring many different disciplines together," he says. In the course of his work to understand the ionosphere, Providakes had to learn pieces of many different fields, including solar science, physics, fluid mechanics, and thermodynamics. "I had to learn about all of these before I could start to make sense of the big picture."

This big picture approach has been the thread that runs through Providakes’ entire career from Cornell back in the 1980s all the way through today at MITRE. "We step back and look at problems holistically," says Providakes. "Traditionally, MITRE has been an applied science and technology/engineering company focused on national security problems. Lately, we’ve started to think differently. Our real strength is being able to look at complex problems where there are many factors interacting in seemingly unpredictable ways. We are able to make sense of these complex issues and propose solutions."

To this day, Providakes and MITRE have an ongoing relationship with Cornell. He credits Cornell faculty with instilling in him a high degree of curiosity and says they inspired him to believe he could do things that other people thought impossible. "I also learned the value of a multidisciplinary approach to complex problems at Cornell," says Providakes. MITRE has employed 144 Cornell alumni, launched a corporate partnership with Cornell’s Systems Engineering program, and invited Dean Lance Collins to join their Board of Trustees.

To Providakes, these continued connections with Cornell just make sense. "You have to be selective in who you work with," says Providakes. "With Cornell, I already know we have a shared set of values, which is essential. Cornell alumni that have come to MITRE have done great work. And there is also the exciting opportunity that comes with having physical space at Cornell Tech. It is part of the DNA of Cornell to be open and collaborative—to share ideas and not feel threatened by other people. MITRE values these same qualities. It just makes sense for this relationship to continue."