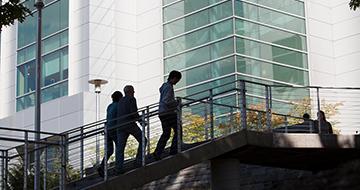 Message from the Dean

Engineering has been at the heart of Cornell since its founding in 1865, when Ezra Cornell, inventor and self-taught engineer, started a University whose doors would be open to any person for any study. This period, at the beginning of what is now termed the 2nd Industrial Revolution, coincided with widespread availability of electricity and advances in manufacturing, transportation and communication technologies, which drove disruptive changes in the ways people lived, worked, and communicated. Since its inception, Cornell has also been dedicated to science in the public interest and to creating an inclusive campus climate where diversity is understood to be a strength.

Cornell Engineering and Cornell Engineers have come quite a long way in the intervening 150 years. What began as a narrow discipline focused on large, mechanical systems has grown into a diverse field centered on understanding systems than span a mind blowing range of scales – from the small sub-atomic units responsible for the self-assembly of matter in biomolecular circuits in living systems to the large-scale complex motions of plasmas in interstellar space. Cornell engineers are also innovating the future of systems that selectively remove harmful greenhouse gases from the environment and which harness big data for advanced decision making and machine intelligence. There has frankly not been a better time to be an engineer at Cornell!

In my time here at Cornell, I have had the good fortune to serve in many roles. I have grown to appreciate the importance of the mission of the modern university in achieving excellence in both traditional pursuits —knowledge creation and dissemination—as well as in new domains—translating research discoveries into commercial practice, expanding opportunity, and in developing people to reach their greatest potential. In so doing, I believe Colleges of engineering are well positioned to have enormous impact on the direction of the world over the next 50 years. And among colleges of engineering, Cornell Engineering is one of a handful of institutions known to prepare students at all levels with the requisite breadth and depth to lead the way in changing our world.

Cornell is home to more than 100 interdisciplinary centers, institutes, laboratories and programs that support research and enhance education. Our instructional paradigm reflects our awareness that the way you educate an engineer today looks very different from that same process even a decade ago. The recent addition of Cornell Tech in New York City, to our already standing collaborations with Weill Cornell Medicine, serves to broaden our scope and extend our impact. Together, as One Cornell Engineering, we are working together to address some of the world’s most pressing problems.

Cornell Engineering is a place where every day we strive to live out Ezra Cornell’s vision of “any person, any study.” We know that there is great strength in diversity and great reward in asking questions nobody has asked before. We honor our past and at the same time understand the need to do new things in new ways. Ezra Cornell wanted to break away from the educational norms of the past. In that same spirit, Cornell Engineering continues to break new ground in what we study and in how we study it.

We hope you will think about breaking some new ground with us and we welcome the opportunity to share with you our community of talented individuals and their commitment to excellence in research, education, and service.