Below is contact information and biographies of all of Cornell Engineering's Deans, Associate Deans, and Department/School Chairs and Directors.

Lance Collins, who was named dean in 2010, joined Cornell in 2002 as a member of the Mechanical and Aerospace Engineering faculty, following 11 years on the chemical engineering faculty at Pennsylvania State University. His research combines simulation and theory to study a variety of turbulent flow processes. He earned his B.S.E. in 1981 at Princeton University, his M.S. in 1983, and his Ph.D. in 1987 at the University of Pennsylvania, all in chemical engineering. 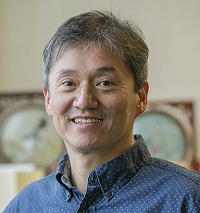 Yong Lak Joo received his B.S. degree at Seoul National University in Korea in 1989, and received his M.S. and Ph.D. in Chemical Engineering at Stanford University in 1993. From 1993 and 1999, he was a senior research engineer at Hanwha Chemical Corporation in Korea. Prior to joining Cornell in 2001, Yong Lak Joo did two years postdoctoral research in the Department of Chemical Engineering at MIT. In addition to serving as  Associate Dean of Masters of Engineering Programs since 2019, he is also the Interim Associate Dean of Research and Graduate Studies.

In addition to his Associate Dean role, José Martínez is Professor of Electrical and Computer Engineering, faculty member of the graduate fields of Computer Science and Systems Engineering, and a faculty fellow of the Atkinson Center for a Sustainable Future at Cornell. José's research is in computer architecture. He is currently Assistant Director of the DARPA/SRC Center for Research in Intelligent Storage and Processing in Memory (CRISP), as well as co-founder and part of the Executive Committee of Cornell’s Initiative for Digital Agriculture (CIDA). 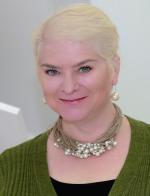 Miranda Swanson oversees the offices of undergraduate admissions, advising, engineering learning initiatives, the registrar and the career center. She works with the dean, associate deans and faculty to prioritize the college’s undergraduate goals, programs and initiatives. Miranda came to Cornell from the University of Chicago where she spent 16 years working in student affairs, most recently serving as Dean of Students in the Physical Sciences Division.  Miranda holds a Masters of Arts in Humanities from the University of Chicago. 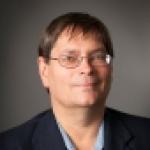 Michael Thompson received his B.S. in Applied Physics from  CalTech in 1979 and M.S./Ph.D degrees in Applied and Engineering Physics  from Cornell.  For the past 28 years, his group's research has focused  on the behavior of semiconductor materials under pulsed and CW laser  exposure.   He is coauthor on more than 120 papers and over 20 patents.

Huili Grace Xing holds a joint appointment in the School of Electrical and Computer Engineering (ECE) and the Department of Materials Science and Engineering (MSE). She received her PhD in ECE from the University of California, Santa Barbara, MS in MSE from Lehigh University and Bachelor in Physics from Peking University.  From 2004 to 2014, she was a faculty at the University of Notre Dame; she joined Cornell in 2015.  She has been serving in the executive committee of the Kavli Institute at Cornell (KIC), the Cornell Nanoscale Science and Technology Facilities (CNF), as well as the co-chair of the Women in Science and Engineering (WISE) faculty group at Cornell since 2015.  She has served as the Director of Undergraduate Studies of MSE in 2016-2020.   Her research interests include everything about semiconductors.  She has co-authored 240+ journal papers, 110+ conference proceeding papers, 9 book chapters and 13 issued/pending patents.  She is a recipient of the NSF CAREER award, the AFOSR YIP award, the ISCS Young Investigator Award, and a fellow of American Physical Society.She is co-founder of a start-up. 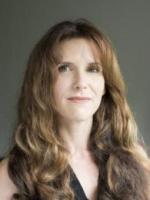 Alyssa Apsel joined Cornell in 2002 and became Director of Electrical and Computer Engineering in July 2018. She received her B.S. from Swarthmore College in 1995 and her Ph.D. from Johns Hopkins University in 2002. She has authored or coauthored over 100 refereed publications in related fields of RF mixed signal circuit design, ultra-low power radio, photonic integration with VLSI, and circuit design techniques in the presence of variation resulting in five patents and several pending patent applications. The focus of Apsel's research is on power-aware mixed signal circuits and design for highly scaled CMOS and modern electronic systems.  Her current focus is on low power radio for IoT and reconfigurable multi-standard radio to extend the reach of wireless communications. 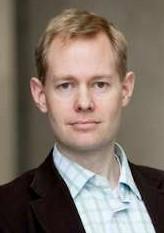 David Erickson is the SC Thomas Sze Director and Sibley College Professor in the Sibley School of Mechanical and Aerospace Engineering. He is also a joint Professor within the Division of Nutritional Sciences. His research focuses on: mobile and global health technology, medical diagnostics, microfluidics, photonics, and nanotechnology. Prior to joining the faculty, he was a postdoctoral scholar at the California Institute of Technology and he received his PhD. degree from the University of Toronto. Research in the Erickson lab is primarily funded through grants from the NSF, NIH, ARPA-E, ONR, DOE, DOD, Nutrition International, and Global Alliance for Improved Nutrition (GAIN). Prof. Erickson has helped to found numerous start-up companies commercializing: high-throughput pharmaceutical instrumentation, biomedical diagnostics, and energy technologies including Halo Labs, VitaScan and Dimensional Energy. Dr. Erickson has received the DARPA-MTO Young Faculty Award, the NSF CAREER Award, the Department of Energy Early Career Award, among others. In 2011, he was awarded the Presidential Early Career Award for Scientists and Engineers (PECASE). For his efforts in co-founding the field of optofluidics, Erickson has been named a fellow of the Optical Society of America and the American Society of Mechanical Engineers. 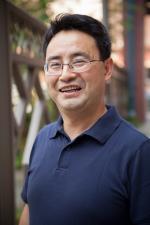 Dr. Gao is an Associate Professor in the graduate fields of 1) Civil and Environmental Engineering (Transportation Systems Engineering), 2) Systems Engineering, 3) Cornell Institute of Public Affairs (CIPA), and 4) Air Quality in Earth and Atmospheric Science at Cornell University. His research focuses on transportation systems, environment (especially air quality and climate change), energy, and sustainable development. He also studies sustainable food systems, quantifying and mitigating green-house gas emissions from food supply chains. He is a member of Transportation Research Board Committee on Transportation and Air Quality (ADC20), a member of Transportation Research Board Committee on Maintenance Equipment (AHD60), an academic member on the FACA Committee of US EPA MOVES model development, and a member (invited) on the editorial board of the international journal Transportation Research Part D: Transport and Environment. Gao received his graduate degrees (Ph.D. in CEE, M.S. in Statistics, and M.S. in Agriculture and Resource Economics) from the University of California at Davis in 2004, M.S. degree in Civil Engineering in 1999, and duel undergraduate degrees in Civil Engineering and Environmental Science in 1996 from Tsinghua University, China. Before joining Cornell, Gao was a quant in the mathematical and econometrical modeling division at the Rohatyn Group, LLG, a Wall Street hedge fund specializing in emerging markets. 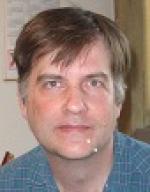 David Hysell received his Ph.D. in Electrical Engineering from Cornell University in 1992. He joined the Cornell faculty in 2002 after serving as an assistant and associate professor in the Department of Physics and Astronomy at Clemson University. His research is in the area of upper atmospheric and space plasma physics. Since 2005, he has been the principle investigator of the NSF award supporting research at the Jicamarca Radio Observatory located outside Lima, Peru. 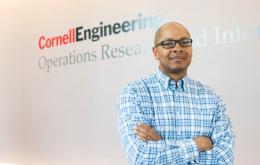 Professor Lewis received his undergraduate degree in Mathematics and Political Science from Eckerd College in 1992, his Master's degree in Theoretical Statistics from Florida State University in 1995, and a Ph.D. in Industrial Engineering from the Georgia Institute of Technology in 1998. After receiving his doctorate, Lewis spent a year at the University of British Columbia as a postdoctoral fellow in the Center for Operations Excellence. He joined Cornell as an Associate Professor in 2005 after teaching Industrial and Operations Engineering at the University of Michigan. 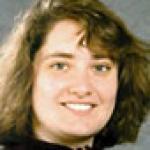 Linda Nozick joined the faculty at Cornell in 1992 after completing her doctorate. She has also been a visiting associate professor in the Operations Research Department at the Naval Postgraduate School in Monterey, Calif., and a visiting professor in the General Motors Global R&D Center in Warren, Mich. Her fields of expertise is complex systems modeling with an emphasis on critical infrastructure systems and hazardous materials transportation. She earned a B.S. in systems analysis and engineering from The George Washington University in 1989 and M.S.E. and Ph.D. from the University of Pennsylvania in systems engineering in 1990 and 1992, respectively. 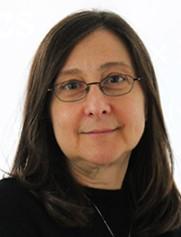 After receiving her Ph.D. in condensed matter physics from MIT, Pollack came to Cornell to work with the Low Temperature Physics group. She was a postdoctoral associate (1989-1991) and a research associate (1991-1997) in the Microkelvin Laboratory. In 1997, with support from the National Science Foundation and the Cornell Laboratory of Atomic and Solid State Physics (LASSP) Biophysics Group, she changed the focus of her research program to biophysics. In 1999 she became senior research associate in LASSP. She joined the faculty in the School of Applied and Engineering Physics in 2000. Her research focuses on developing and applying physics-based tools to gain insight into outstanding problems in molecular biology. She received the Swanson Excellence in Teaching Award in 2003, and the Chau Excellence in Teaching Award in 2012. 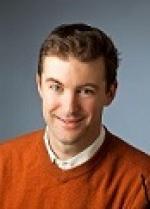 After completing a bachelor's degree in Physics at Cornell, Abraham Stroock spent two years in France.  There he worked in the research division of Electricite de France and completed a master's degree at the University of Paris VI and XI in Solid State Physics.  He then returned to the US to pursue a PhD in the Chemistry department at Harvard University with George Whitesides.  In the winter of 2003, he joined the School of Chemical and Biomolecular Engineering at Cornell University where he became a full professor in 2015.  In his research, he has focused on questions in transport phenomena, thermodynamics, and biophysics.  He has played an important role in the development of microfluidic technologies for applications in biomedical engineering, energy production, and sensing.  His research has been recognized with a variety of awards, including the MIT Technology Review's TR35 list of top innovators under 35 (2007) and the NSF CAREER Award (2008).  He has taught phenomena, bioprocess, and thermodynamics at both the undergraduate and graduate levels. 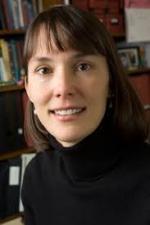 Marjolein van der Meulen is a senior scientist in the Research Division of the Hospital for Special Surgery. Her research in orthopaedic biomechanics focuses on the interaction between mechanical stimuli and the skeleton, and the mechanical properties of musculoskeletal tissues. She received her S.B. (1987) from the Massachusetts Institute of Technology, and her M.S. (1989), and Ph.D. (1993) from Stanford University, all in mechanical engineering. She has been a member of the Cornell faculty since 1996 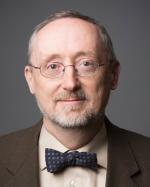 R. Bruce van Dover received a B.S.E. in Electrical Engineering from Princeton in 1974 Ph.D. in Applied Physics from Stanford in 1980. He then joined Bell Laboratories to conduct basic research on superconducting, magnetic, and electronic materials/devices, and left in 2002 as a Distinguished Member of the Technical Staff to join Cornell University as a Professor of Materials Science and Engineering. His current research centers on discovery of materials for energy applications, including fuel cell catalysts and ionic conductors. He served as Director of Graduate Studies for MS&E from 2005-2015and is currently serving the university as a member of the Committee on Academic Freedom and Professional Status., He is a Fellow of the American Physical Society. 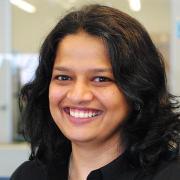 Kavita Bala is the Chair of the Computer Science Department at Cornell. She received her S.M. and Ph.D. from the Massachusetts Institute of Technology (MIT), and her B.Tech. from the Indian Institute of Technology (IIT, Bombay). Bala specializes in computer vision and computer graphics, leading research projects in perception, recognition and image understanding, and realistic rendering. She co-founded GrokStyle, and she is a faculty Fellow with the Atkinson Center for a Sustainable Future. 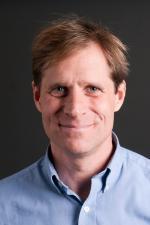 John March received his PhD in 2005 in Chemical Engineering from the University of Maryland, and joined the Cornell faculty that same year. His research in cell signaling is focused on reconfiguring biological systems for improved performance in the areas of biomedicine and sustainability.  He teaches molecular and cellular bioengineering, and stochastic modeling.  He received a Presidential Early Career Award in 2011 and was named a "New Innovator" by the NIH in 2010.  He is the recipient of the 2014 Fiona Ip Li '78 and Donald Li '75 Excellence in Teaching Award/  He has a BS and MS in Biological Engineering and a BA in English from the University of Georgia.