Charting your path to success

Diversity Programs in Engineering, the Office of Faculty Development & Diversity, the Office of Postdoctoral Studies, the Graduate School Office of Inclusion & Student Engagement, the Center for the Integration of Research, Teaching, and Learning (CU-CIRTL), and the President's Council of Cornell Women (PCCW) held the 5th Empowering Women in Science & Engineering (EWISE) Symposium on May 23, 2018 from 9:30am-4:00pm at Cornell University.

This one-day event is a professional development opportunity for faculty, staff, postdocs, PhD students, and professionals that provides participants with the chance to network and establish relationships with women and champions of women across the STEM disciplines.

Registration for the 2018 EWISE Symposium is closed.

For details on the event, you can review the program information, including the agenda and speaker profiles, on this page.

Please check back regularly for any updates to the information provided here.

All EWISE Symposium participants must complete the online registration (now closed for 2018).

Each registration for the EWISE Symposium includes:

The registration fee for the EWISE Symposium varies by audience.

Notice of any cancellations are required to be provided to DPEng@cornell.edu prior to May 21, 2018.

EWISE speakers and session topics include:

Business casual attire is appropriate for all symposium activities.​

We are firmly committed to providing a conference experience and environment that is equally welcoming, inviting, and user-friendly for all attendees.

Please be sure to indicate on your online registration form if you require a special meal request (vegetarian, vegan, gluten free, kosher, etc.) during meal events. We will do our best to accommodate. Meals are pre-ordered before the conference; consequently, special meal requests received onsite cannot be guaranteed.

We strive to host a conference that is accessible to all. Please be sure to indicate on your registration form if you require any special accommodations to participate in this event. Special requests received onsite or less than two weeks before the conference cannot be guaranteed. However, we will do our best to assist you. 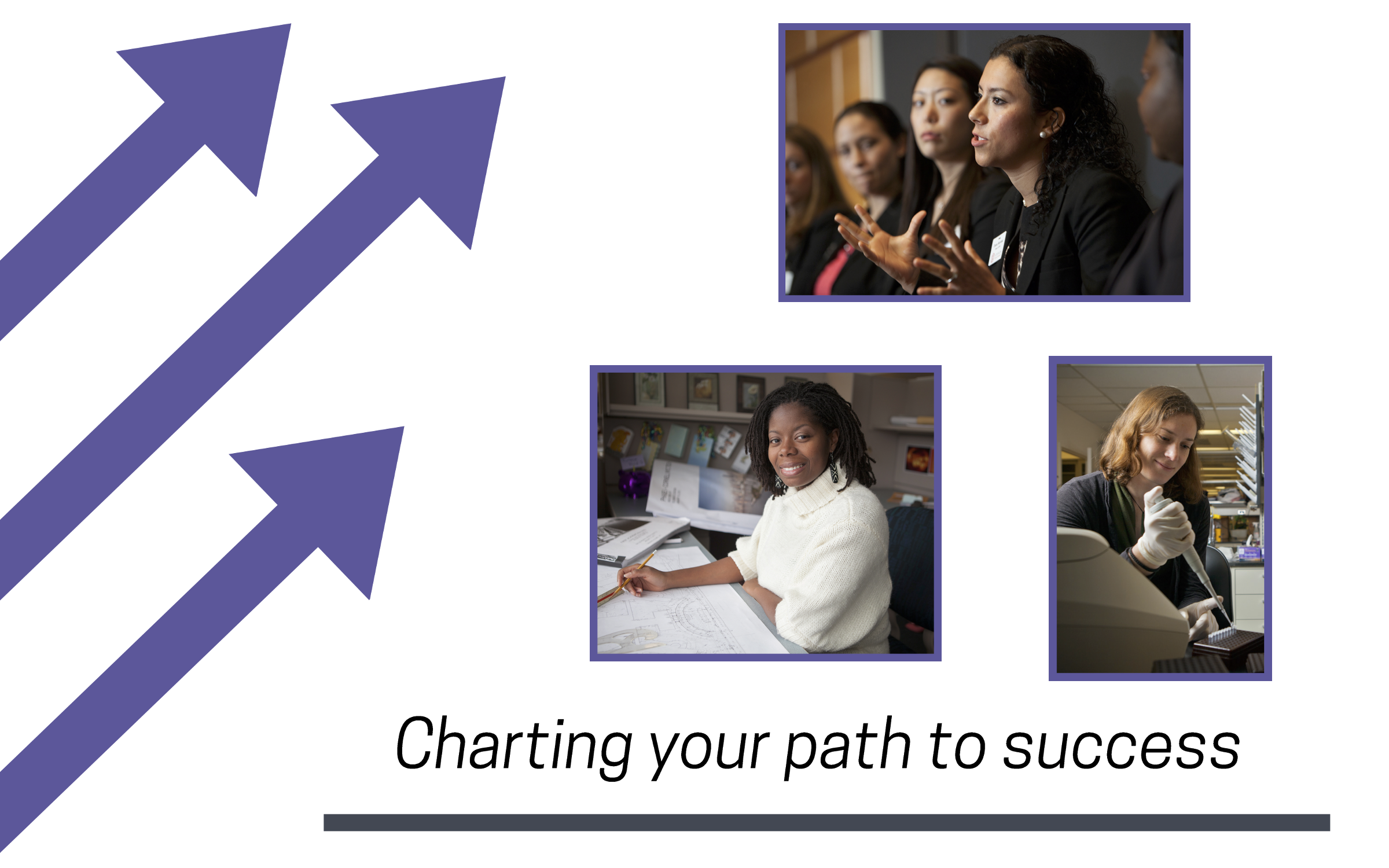 The agenda and speaker profiles are included here for your convenience.

We are honored to feature the following invited speakers at the 2018 EWISE Symposium. 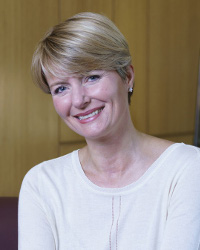 Julia Thom-Levy is an Associate Professor in the Physics Department at Cornell University. Thom-Levy earned her Ph.D. in 2001 at the University of Hamburg, Germany, and has developed instrumentation and operated detectors at the Stanford Linear Accelerator Center, at the Fermi National Accelerator Laboratory near Chicago, and at CERN, the European Research Organization that is operating the world’s largest particle physics laboratory.

Thom-Levy came to Cornell as an Assistant Professor in 2005, and is now the Deputy Director of the Cornell Laboratory for Accelerator-Base Sciences and Education. Her own research group focuses on the analysis of data taken with one of the large collider detectors at CERN. Her goal is to investigate the forces and interactions between elementary particles, trying to understand the universe at the most fundamental level. Thom-Levy and her research group design and construct silicon pixel detectors that can be used at particle colliders.

At Cornell, Thom-Levy is the Vice Provost for Academic Innovation. In this role she oversees the Office of Undergraduate Research and the Center for Teaching Innovation, as well as Academic Technology Initiatives. She is also a House Professor and Dean in the Hans Bethe House on West Campus, where she directs a residential student program. 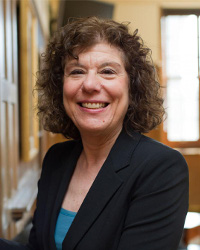 Francine D. Blau is Frances Perkins Professor of Industrial and Labor Relations and Professor of Economics at Cornell University, a Research Associate of the National Bureau of Economic Research (NBER), and a Research Fellow of the Institute for the Study of Labor (IZA).

She received her Ph.D. in Economics from Harvard University and her B.S. from the School of Industrial and Labor Relations at Cornell University. Before returning to Cornell in 1994, she was on the faculty at the University of Illinois, Urbana-Champaign.

In 2010, she received the IZA Prize for outstanding achievement in labor economics (the first woman to receive this prestigious award), and was awarded the 2017 Jacob Mincer Award by the Society of Labor Economists in recognition of lifetime of contributions to the field of labor economics. She was elected a Distinguished Fellow of the American Economic Association in 2018. She is also the 2001 recipient of the Carolyn Shaw Bell Award from CSWEP for furthering the status of women in the economics profession. In 2017, she was awarded the Groat Alumni Award for outstanding professional accomplishments from Cornell’s Industrial and Labor Relations School.

Director of Education and Human Resources Programs, American Association for the Advancement of Science 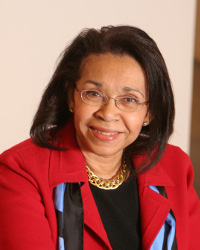 Shirley Malcom is Head of Education and Human Resources Programs of the American Association for the Advancement of Science (AAAS). She works to improve the quality and increase access to education and careers in STEM fields as well as to enhance public science literacy. Dr. Malcom is a trustee of Caltech and a regent of Morgan State University, and a member of the SUNY Research Council. She is a former member of the National Science Board, the policymaking body of the National Science Foundation, and served on President Clinton’s Committee of Advisors on Science and Technology. Malcom, a native of Birmingham, Alabama, received her Ph.D. in ecology from The Pennsylvania State University, masters in zoology from UCLA, and bachelor’s with distinction in zoology from the University of Washington. She holds 16 honorary degrees.

Malcom serves on the boards of the Heinz Endowments, Public Agenda, the National Math-Science Initiative and Digital Promise. Internationally, she is a leader in efforts to improve access of girls and women to education and careers in science and engineering and to increase use of S&T to empower women and address problems they face in their daily lives, serving as cochair of the Gender Advisory Board of the UN Commission on S&T for Development and Gender InSITE, a global campaign to deploy S&T to help improve the lives and status of girls and women. In 2003, Dr. Malcom received the Public Welfare Medal of the National Academy of Sciences, the highest award given by the Academy. 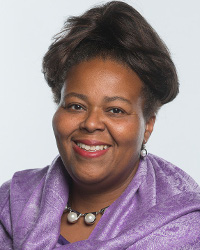 Melissa C. Thomas-Hunt is the Vice Provost for Inclusive Excellence at Vanderbilt University. In this role, she is responsible for helping to advance equity, diversity and inclusion in the trans-institutional research and educational missions of the university, building on the numerous efforts currently underway in the provost’s office and across academic affairs to create a welcoming environment for students, faculty and academic staff. Prior to Vanderbilt, she served as senior associate dean and global chief diversity officer at the University of Virginia’s Darden School of Business.

Thomas-Hunt received her master’s and doctoral degrees from the Kellogg Graduate School of Management at Northwestern University and her undergraduate degree in chemical engineering from Princeton University. Her research and teaching interests focus on conflict management, negotiation, and inclusive leadership within global teams and organizations. Her current research activities focus specifically on the effects of status and power on negotiation processes and outcomes and the evaluation and integration of expertise within diverse groups. 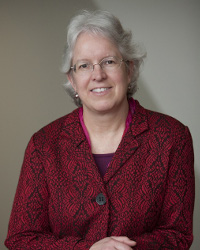 Barbara Knuth is Senior Vice Provost and Dean of the Graduate School at Cornell University, and has served as Senior Associate Dean in the College of Agriculture and Life Sciences, and Chair of the Department of Natural Resources. She has been on the faculty at Cornell since 1986.

As Dean, she oversees nearly 100 graduate fields and 16 graduate and professional degrees on Cornell’s Ithaca campus. She is a Professor of Natural Resource Policy and Associate Director of the Human Dimensions Research Unit. She holds a Ph.D. from Virginia Tech. Her research focuses on the human dimensions of fisheries and wildlife management and policy, and she is known particularly for her work on risk perception, communication, and management associated with chemical contaminants in fish. She has served on National Academy of Sciences and Institute of Medicine committees, including those focused on improving the collection, management, and use of marine fisheries data and recreational fisheries survey methods, assessing ecosystem services impacts in the Gulf of Mexico associated with the Deepwater Horizon oil spill, and on dioxins in the food supply. She has served on the Ocean Studies Board of the National Research Council and on numerous scientific panels and advisory boards, including the international Board of Technical Experts of the Great Lakes Fishery Commission, and the Great Lakes Science Advisory Board of the International Joint Commission. She is a Past-President of the American Fisheries Society, and served as Vice President of the Executive Board of the World Council of Fisheries Societies. She is a former Chair of the Board of Directors of the Council of Graduate Schools. She currently serves on the Executive Committee of the GRE Board.