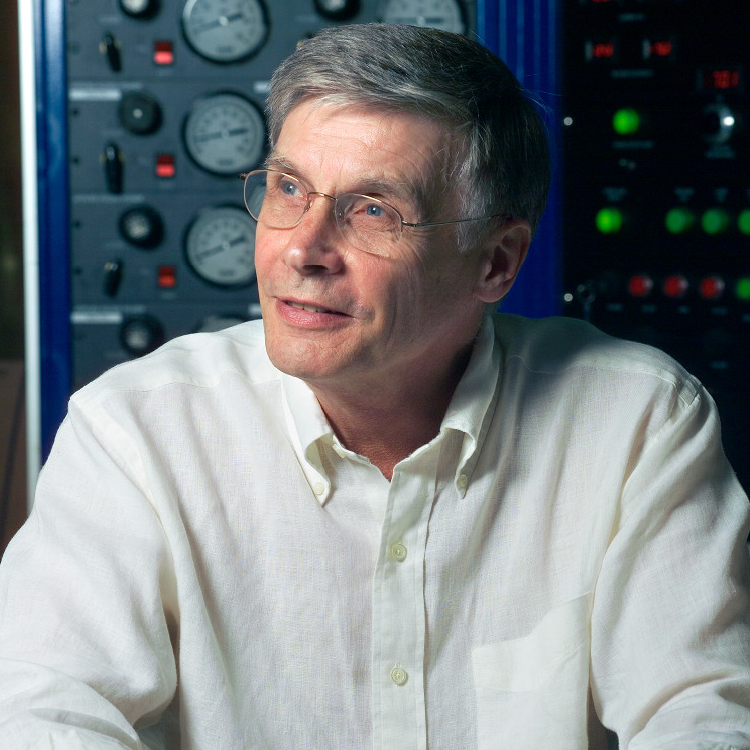 After receiving his Ph.D., Kusse worked for a year and a half as a senior scientist at EG&G Energy Measurements, Inc., and as a research associate at M.I.T. before coming to Cornell in 1970. He has been associated with Cornell's Laboratory of Plasma Studies, a center for research in nuclear fusion and plasma physics, and in 1976 he was a visiting scientist at M.I.T.'s Plasma Fusion Center. He is a member of the American Physical Society and the University Fusion Association.

Our research is mainly in the area of plasma physics, with the economic realization of fusion-powered electrical power generation the major goal. Such power plants have two main advantages: (1) abundance of cheap fuel and (2) less severe (when compared to fission reactors) nuclear-waste problems. While large experimental fusion machines with parameters close to those necessary for power reactors are under design and construction, many basic plasma-physics questions remain to be solved. It is in this area of basic research that university laboratories like ours at Cornell are able to contribute. The fundamental problem of plasma heating continues to require basic research, and new and more practical plasma confinement geometries are needed. In addition, many phenomena observed in existing plasma machines--Tokamak confinement and the role of the Raleigh-Taylor instability in inertial fusion, for example--are not well understood theoretically. Scaling laws continue to be on shaky ground.

Even in a university laboratory, experimental work on problems such as these must be done on a relevant scale, and this leads to concentration in a particular area. Ours is probably one of the worlds leading laboratories for using pulsed power technology as applied to the relatively new field of High Energy Density (HED) Physics. We have several machines, the largest of which produces 1 MA, 95 nsec pulses of current that is used to drive z-pinch implosions resulting is plasmas with densities approaching that of a solid (up to 1027/ cubic meter) and temperatures roughly equivalent to those found on the Sun (approximately 1000 eV). These HED experiments are used to study inertial fusion problems and to simulate astrophysical phenomena. They require elaborate diagnostic techniques, some of which have been developed in our laboratory.