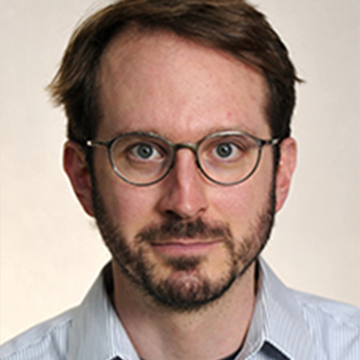 Greg Bewley is a graduate of Cornell University and is very proud to return to his Alma mater, where he studied Mechanical and Aerospace Engineering, and where he built composite acoustic guitars and composite wings for a sailboat. In the intervening years, he was awarded a PhD from Yale University for discovering how to observe the quantized vortex dynamics of turbulent liquid helium. He continued this work at the University of Maryland before crossing the ocean for an opportunity at the Max Planck Institute for Dynamics and Self-Organization in Göttingen, Germany. As a group leader there, he led the effort to bring a new facility, the Variable Density Turbulence Tunnel, to life.

Greg Bewley's work focuses on turbulence, both its intrinsic properties and its role in various environmental settings. In clouds, turbulence causes droplets to collide. In superfluid helium, it causes quantized vortices to reconnect. Left to itself, the turbulence slowly dissipates and disappears. Greg Bewley has contributed to making all of these phenomena accessible experimentally through novel interpretation of experimental data and the invention of new devices and techniques. His interest is in providing inspiration for theoretical understanding through experimental observations made, for example, in soccer-ball cloud chambers and in wind tunnels. An emerging interest is the interaction between turbulence and animal flight.