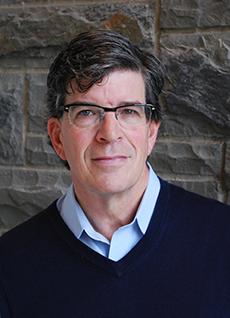 Albertson's work is generally directed toward the development of a comprehensive understanding of the exchange rates of mass (e.g. water and CO2), energy, and momentum between the land and atmosphere. His approach is to use field measurements to understand the controls on vertical fluxes and spatial turbulence modeling to draw inferences of the impacts of spatial variability on the large-scale exchange rates. The field efforts have been focused on semi-arid regions (e.g. Southern Great Plains, sub-Saharan Africa, and the Mediterranean), where water limitations constrain the dynamics. The modeling efforts have included the pseudo-spectral Large Eddy Simulation (LES) code that he developed during his PhD and later extended to incorporate remotely sensed land surface fields as boundary conditions, and to contain embedded vegetation canopies.

As the rate of change continues to accelerate in society, so too does the rate at which our engineering graduates need to adapt. In essence, the control volumes that we draw around our engineering problems are growing rapidly to consider causes and effects that are far reaching. This poses a serious challenge for engineers entering the globalized workforce. Albertson's teaching philosophy, consequently, is that university students should have a foundation education of fundamental theories, an appreciation for the broader interconnectedness in the world, and learn well the process by which applied solutions are designed.