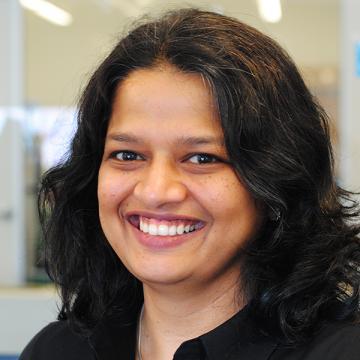 Bala specializes in computer vision and computer graphics, leading research projects in recognition and visual search; material modeling and acquisition; realistic, physically-based rendering; and material perception. Bala's research has been adopted by industry in Autodesk's core rendering engine, and she co-founded GrokStyle, a visual recognition AI company, which began as a vision search and shopping tool integrated with IKEA’s Augmented Reality application, and was subsequently acquired by Facebook in 2019.

Bala has been recognized for her research with a variety of awards and accolades including: the SIGGRAPH Computer Graphics Achievement Award (2020); the IIT Bombay Distinguished Alumnus Award (2021); she is an Association for Computing Machinery (ACM) Fellow (2019); and is a Fellow of the SIGGRAPH Academy (2020).

Bala is on the Board of Directors of ColorStack, an organization that aims to increase the number of Black and Latinx Computer Science graduates that go on to rewarding technical careers, the Board of Trustees of Toyota Technological Institute at Chicago (TTIC), the Advisory Board for ACM Transactions on Graphics, the Papers Advisory Group for SIGGRAPH, and has served on over 60 editorial boards, advisory boards, and program committees in vision and graphics. Bala also co-authored the graduate-level textbook "Advanced Global Illumination.” Her work on 3D Mandalas was featured at the Rubin Museum of Art, New York. She has also received Cornell's College of Engineering Fiona Li and Donald Li Excellence in Teaching Award (2015), James and Mary Tien Excellence in Teaching Award (2006 and 2009).