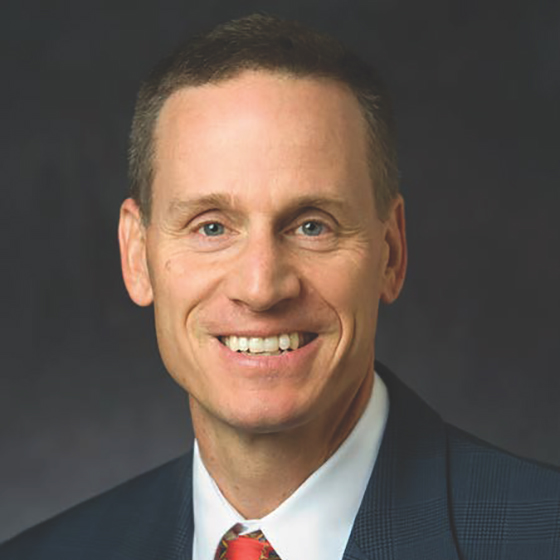 Rick Geddes is Professor in the Department of Policy Analysis and Management at Cornell University and Director of the Cornell Program in Infrastructure Policy. His research studies policies focused on the delivery of infrastructure projects in the transportation, water, and energy sectors. That includes funding, financing, public-private partnerships, and technology adoption.

Geddes is also a core faculty member of the Cornell Institute for Public Affairs (CIPA)  and a Visiting Scholar at the American Enterprise Institute (AEI). He is a Research Fellow with the Mineta Transportation Institute at San Jose State University.

Geddes has held several visiting and advisory positions. He was the Edward Teller National Fellow at Stanford University’s Hoover Institution during the 1999-2000 academic year. He served as a senior economist at the Council of Economic Advisors during the 2004-2005 academic year, and was a commissioner on the National Surface Transportation Policy & Revenue Study Commission. Geddes was also a Fulbright Senior Scholar during the  2009-2010 academic year to study transportation public-private partnerships in Australia, and a Visiting Faculty Fellow at Yale Law School during the 1995-1996 academic year. He has advised numerous Fortune 500 companies, including United Parcel Service and CSX. He has testified numerous times before House and Senate committees.

Geddes has won numerous teaching and advising awards, including three Merrill Presidential Scholars Awards for Outstanding Educator, and a SUNY Chancellor's Award for Excellence in Teaching. He teaches courses at Cornell on infrastructure policy, corporate governance, microeconomics, and the regulation of industry. Geddes holds MA and Ph.D. degrees in economics from the University of Chicago, and a BS in economics and finance from Towson State University.

Geddes’ research examines policies addressing the funding, financing, and regulation of large infrastructure systems. He focuses on the energy, water, and transportation sectors.

Key research topics include private investment in the design, construction, financing, operation and maintenance of U.S. infrastructure through public-private partnerships, or PPPs. That also includes improving life-cycle maintenance of infrastructure assets, the impact of state-level PPP enabling laws, and the effect of operation-and-maintenance road concessions on traffic safety.

My teaching philosophy is designed to meet the needs of Cornell students at both the undergraduate and graduate levels. It includes the following three components: (i) careful preparation of and background reading on all material presented in class; (ii) making the material relevant by including current events, real-world examples, guest speakers, and interactions with industry practitioners; and (iii) facilitation of personal interactions with students and a focus on individualized attention. It also includes  advising students on both class and career matters, and to putting them in touch with industry professionals