Launched in 2018, the Entrepreneurs-in-Residence program has assisted countless individuals and offers the following types of guidance and support—no matter where you are on your entrepreneurship journey: 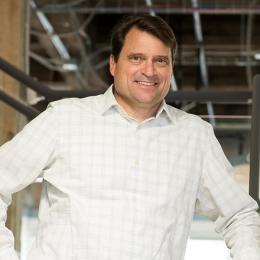 Bauer ’85 is the COO at Ecolectro and a visiting lecturer at the Robert Frederick Smith School of Chemical and Biological Engineering. Prior to these roles, he served as the Competitions Director at the Center for Regional Economic Advancement at Cornell University, facilitating 76West and the Grow-NY Food & Agriculture, business competitions focused on clean tech and ag tech startup innovation, respectively. Bauer is a seasoned international energy industry executive with extensive experience in oil, natural gas, chemicals and renewables in the United States, Asia and Europe. During a 30-year career, Bauer led several international businesses in the energy industry and possesses expertise in operations, strategy, business development, mergers and acquisitions, major project management, corporate governance, and organizational change. 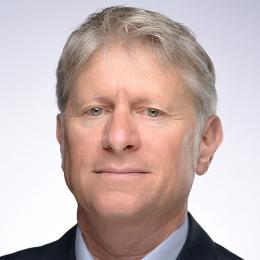 Ed Bizari is a business and technology executive with 30+ years of experience at Fortune 500 companies, funded startups, and early-stage startups. He has held executive-level positions in the area of strategy, product management, and sales/marketing and has a comprehensive understanding of business model development, lean startup methodologies, growth strategies, and product commercialization. 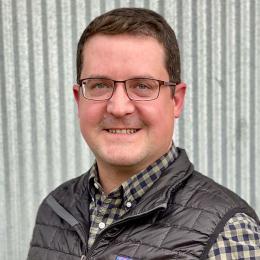 Before joining Exotanium as VP, Product & Engineering, Ben Boyd served as the Chief Technology Officer of USATestprep, where he was brought on post-acquisition to build the R&D team and meet investors’ technology goals for millions of students nationwide. He also served as the CTO of Avaaz.org, a global online platform for mission-driven social campaigning with over 50MM members worldwide. Ben began his career as a software developer, working on environmentally-focused and other web properties for Discovery, Inc., in addition to developing and launching the first mobile apps for networks like Discovery, TLC, and Animal Planet. He has led globally-distributed R&D teams across multiple industries, providing highly-available software and applications to millions of users across the world. Ben holds undergraduate degrees in Political Science and Computer Science from the University of Georgia. 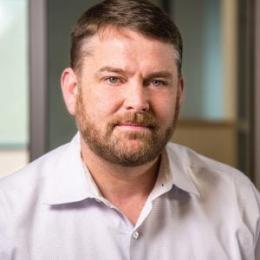 Cook is an active attorney and he represents businesses and individuals in connection with a wide array of complex commercial business and real estate transactions. He has also lectures at the Johnson School at Cornell University where he teaches courses on entrepreneurship and early-stage finance and venture capital transactions. Nate also serves as mentor for the 76West Clean Energy Competition and a judge for Cornell Law School’s Transactional Lawyering Competition. Throughout his career, he has represented a diverse group of clients including publicly-traded corporations, middle market companies, and emerging technology startups. He regularly counsels companies on corporate governance, fund raising, M&A transactions, and protection of intellectual property. 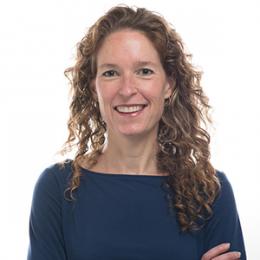 Dr. Fleming is an experienced executive, educator, speaker, angel investor, and mom. In the first 12 years of her career, Fleming advanced from an Analyst at Morgan Stanley to Partner at a $1.85 billion private equity fund. During this time, she was struck by the lack of women in leadership positions and decided to take action. She pursued a Ph.D at Cornel in management, focusing on gender bias in the business world and how to reduce it. Today, she speaks across the U.S. on these issues. Fleming has served on the board of directors of numerous publicly traded companies, private companies, and non-profits. She also served as a senior lecturer for both Cornell's School of Hotel Administration and Johnson Graduate School of Management, teaching entrepreneurship, finance, women in leadership and negotiations courses, as well as running several business competitions and Cornell's university-wide minor in entrepreneurship and innovation. Prior to joining the business world, Fleming obtained her bachelor's degree from the University of Virginia. 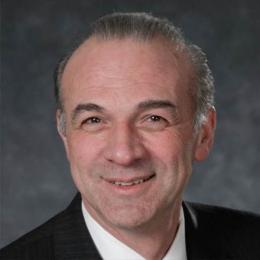 Tony Frontera is a professor of entrepreneurship and marketing for the School of Management at Binghamton University and advisor for Binghamton Enactus, a student organization focused on entrepreneurial activities. Frontera served as an adjunct instructor and mentor for the National Science Foundation’s I-Corps program. Mr. Frontera is an Entrepreneur in Residence for the Southern Tier Startup Alliance, a member organization of business incubators, whose purpose is to provide support to entrepreneurs starting and growing businesses in the Southern Tier of NY. Tony mentors and coaches entrepreneurs and startups in the region and is frequently asked to speak about Branding and Positioning for different entrepreneurial organizations. Since 2016, Frontera serves as a mentor to finalist teams in NYSERDA’S 76W Clean Energy Competition. 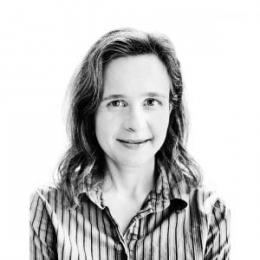 Miller-Out serves as the managing partner at Chloe Capital, a seed stage venture capital investment fund focused on women-led technology companies. She is also the co-founder of PollQ, a chatbot polling tool for higher education, and a board member at Women 2.0, the leading media brand for women in tech. Miller-Out co-founded and served as CEO of Singlebrook, a custom software services firm which engaged in a successful acquisition for one of its departments. Prior, Miller-Out founded two other companies and worked in a variety of industries in New York City. 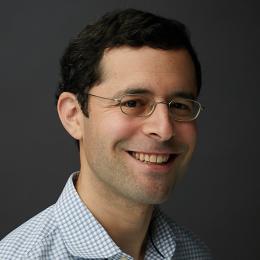 Aaron Proujansky is an angel investor based in Ithaca, NY. In addition to investing in startup companies, he serves as a mentor in the 76West and Grow-NY competitions, as well as on the accountability board for the NYSERDA Hardware Scaleup Program. 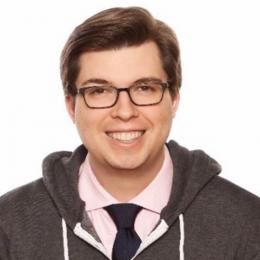 Greg is an Entrepreneur in Residence at the Center for Regional Economic Advancement and an Instructor at the Johnson Graduate School of Management. Previously, Greg served in a number of roles for Creative Destruction Lab (CDL), a program for early-stage technology-based companies. During his time at CDL, Greg worked on expansion, pedagogy, operations, recruiting, and partnerships while based out of Toronto, New York, and Atlanta. CDL’s cumulative Equity value created increased by more than $6B CAD during Greg’s tenure. Before CDL, Greg served as project manager for the launch of a private hospital in Kuwait and worked on strategy for a Dubai-based agriculture start-up. Greg holds a BA (Biochemistry) from Hamilton College, an MBA (Strategy) from the University of Toronto, and a Ph.D. (Molecular Biology) from Cornell University. 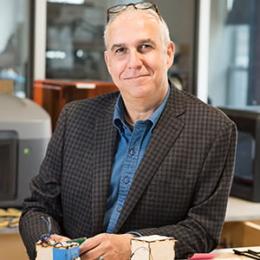 Rother is the Director of Rev: Ithaca Startup Works as well as its Hardware Entrepreneurship programs. He is the Managing Director of Cornell’s eLab student accelerator program, teaches entrepreneurship at the Johnson School, instructs and coaches in several technology commercialization programs including NSF I-Corps, and is a Venture Partner at Cayuga Venture Fund. Rother has held multiple senior business and technical positions for organizations such as Discovery Communications, Reuters, Matrox, and the Toronto Stock Exchange. He has direct startup experience having co-founded a software business in Toronto and joining an early stage online media business in New York, both of these startups concluded with successful exits. 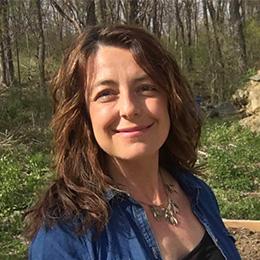 Heather Sandford graduated from Cornell University in 1997 with a B.S. in Agriculture and Biological Engineering. Sandford is the owner of Empire Food Consultants. In this role, she regularly lectures at universities, helps clients launch new CPG lines, and consults ecommerce grocery operations. Prior to this, Sandford co-founded The Piggery Farm and Butcher Shop in 2004, a whole animal butcher shop specializing in handcrafting value-added products like nitrate free deli meats, sausages, bone broths, charcuterie and more from pasture raised pigs and turkeys. In 2014, she also oversaw the build-out and management of a USDA inspected processing facility and launched a successful CPG pastured meats line that is currently distributed from Maine to Florida, and as far west as Minnesota. 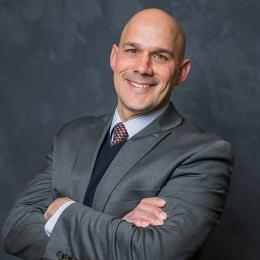 Stephen Sauer, Ph.D, is a senior lecturer of Management and Organizations at the Samuel Curtis Johnson Graduate School of Management. Sauer's research and teaching activities focus on issues of leadership, team process and status of diversity in management. His work has been published in a number of academic journals and his research has been featured in a variety of mainstream media outlets. Dr. Sauer graduated with a Ph.D in Management and Organizational Behavior from Cornell University, where he also earned an MBA and Master's in Business and Policy Administration. He holds a Bachelor's degree is Aeronautical Engineering from Rensselaer Polytechnic Institute. Prior to embarking on his academic career, he worked as an organization change consultant and plant manager after serving seven years as an armored cavalry officer in the US Army. 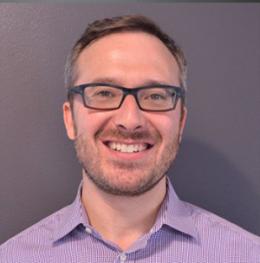 Justin Smithline is a technology entrepreneur who has spent more than 15 years growing successful enterprise technology companies, with a professional focus on sales, product development, and marketing. Although primarily an operator, Justin is also an active investor who has backed startups with a combined enterprise exit value exceeding $1.2 billion. He is currently a Partner at Entrepreneurs Roundtable Accelerator, a seed VC fund and accelerator based in NYC. 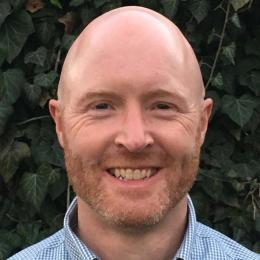 John is passionate about bringing new solutions to agriculture and natural resources space. With experience in design thinking and BizOps, his speciality is in customer empathy and understanding successful B2B product adoption. Most recently, John worked at Dairy One where he led operations and growth of the largest FDA regulated commercial milk laboratory in North America. 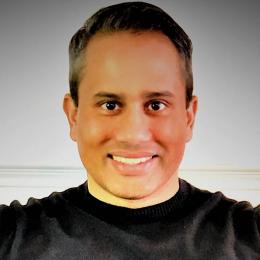 Bennett Thomas is Co-Founder and General Parter of Triple Impact Capital, an early-stage venture capital fund investing in startups creating products and services driving financial, environmental and social impact. Previously, he served as a Senior Vice President of Finance & Sustainability with Hersha Hotels & Resorts, a publicly traded (NYSE: HT) investment firm with a portfolio of upscale, luxury and lifestyle hotels in urban U.S. markets. Prior to Hersha, Thomas served as Senior Manager in mergers & acquisitions with Medco, a Fortune 50 healthcare company, as a Senior Technology consultant with Ernest & Young, and as a Fund Manger with BR Ventures, Cornell’s student-run venture fund. At Cornell, Bennett is a guest lecturer, a Board member for the Institute for Healthy Futures, and a member of the Sustainability Roundtable. Bennett received his B.S. in Civil-Environmental Engineering with honors from Virginia Tech and graduated as a Park Leadership Fellow from the Johnson MBA program at Cornell University. 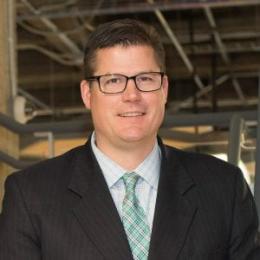 Treat is a career entrepreneur with an emphasis on technology-driven companies. He was most recently the Founding CEO of Mezmeriz, a high-tech company making interactive projectors and reality capture cameras to embed into mobile phones. Treat was also the co-founder and CEO of SightSpeed, an innovative video and voice communications company. SightSpeed was profitably acquired by Logitech for $30M. Earlier in his career, Treat worked for eight years in the automotive industry in both the US and Spain at Bowles Fluidics and GKN Automotive. 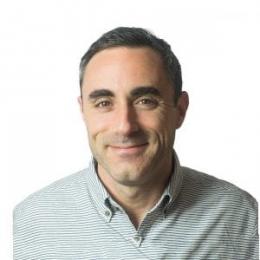 Brandon is a serial entrepreneur, serving most recently as the co-founder and CEO at Zibby. Zibby is a mission-driven finance company helping retailers sell life’s necessities to 100 million nonprime consumers seamlessly through every channel, from online to in-store. He landed his first job with a top-10 asset management team at Smith Barney, but quickly transitioned from analyzing companies to building them. He co-founded and successfully exited companies in residential mortgage, multi-family real estate, and retail coffee, all in the Pacific Northwest. 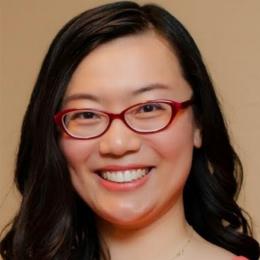 Xie is a successful startup founder, experienced entrepreneur, investor, and instructor. Her startup Taggpic, a computer vision company she started with at Cornell, was acquired by Google in 2014. Xie serves as a mentor for the NSF I-Corps program and the L2M Accelerator Network at Columbia Technology Venture. She is also an investor and mentor for Techstars and and EIR for NYSERDA.