Breaking the rules to push the limits of imagination 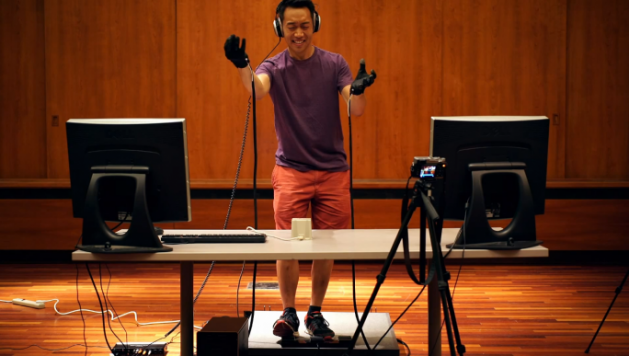 Cornell Engineers Ray Li and Michael Ndubuisi have set out to break this basic rule. Their creation, called SoundSpace, has already created quite a buzz around the Cornell campus. An earlier incarnation of SoundSpace, (called Aura), won the Bright Idea Award from The School of Electrical and Computer Engineering’s Innovation Competition in the winter of 2013. Li and Ndubuisi built on that success and presented a concert with a chamber orchestra in May of this year.

“It’s been a bit crazy,” says Li. “We came into this year with no intention of really working on this so much. It’s become a bit all-consuming.” As Li speaks, both he and Ndubuisi smile at the thought of how much time they have devoted to SoundSpace. “Originally, we won a thousand dollars from the Cornell Council for the Arts and were committed to doing a demonstration. I am not really sure how it turned into all of this.”

“For me, it clicked when I saw that it really did make sounds based on gestures,” says Ndubuisi  CS ’14. “The musician was not tied to knobs and dials and buttons.” Adds Li AEP ’14 “You are free to just use your hands and move and make music that way.” To understand what Li and Ndubuisi are talking about, it makes sense to play this video before you read further.

Li’s interest in combining engineering with music came into sharp focus at the end of his sophomore year at Cornell, when he created an electrical instrument modeled on the traditional cello. “It was fun to make, but in the end it was not very musical,” says Li. “But after that, I realized I could mesh engineering and music more seriously. I e-mailed a bunch of professors proposing an independent study class and Bruce Land, senior Lecturer in the School  of Electrical and Computer Engineering at Cornell, said ‘yes.’”

As Li got deeper into the project, he realized he needed someone with serious programming skills. He knew just who to turn to: Michael Ndubuisi. “Everyone was always going to Mike with programming questions, so I knew he was the guy,” says Li. Ndubuisi shakes his head a bit at how far he and Li have come with SoundSpace. “This thing has changed so much since we started,” says Ndubuisi. “Most of the code has been written from scratch. It has been a great learning experience for me as a coder.”

An important step in the process was the gift of the long-term use of a tracker from Ascension Technologies, a manufacturer of 3D trackers used in medicine and simulations. Li contacted the Vermont-based company and they loaned him an expensive piece of technology that greatly expanded what he could do with SoundSpace. “When it was just Aura, I had my doubts it was something people would really use,” says Li. “Now that it is SoundSpace, it is an entire interface for music creation. It would be amazingly useful for anyone who wants to make music. I am pretty convinced this is something that could be huge.”

Li’s optimism and enthusiasm are contagious if you spend even just 20 minutes in his company. It is clear he believes in his creation fully and has high hopes for what it can do. Though Li does not once mention his name, it is hard not to be reminded of another Cornell AEP musical visionary who was recently inducted into the Inventors Hall of Fame: Bob Moog, who changed music forever 50 years ago with his invention of the Moog Synthesizer.

Says Li, “I have been amazed at how many people at Cornell have been willing to help out. This whole thing has been such a crazy ride. I can’t wait to see where it takes me.” 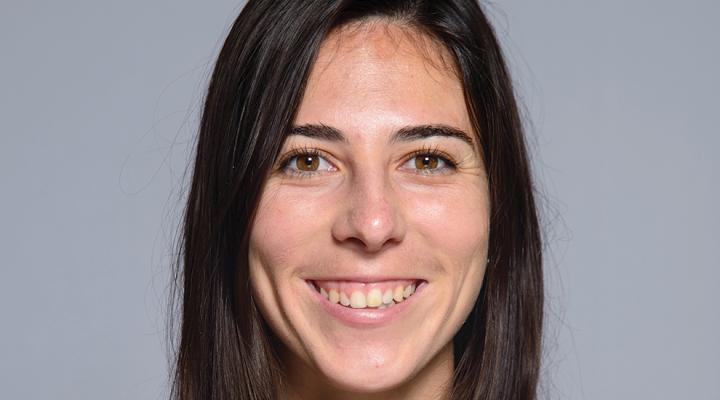 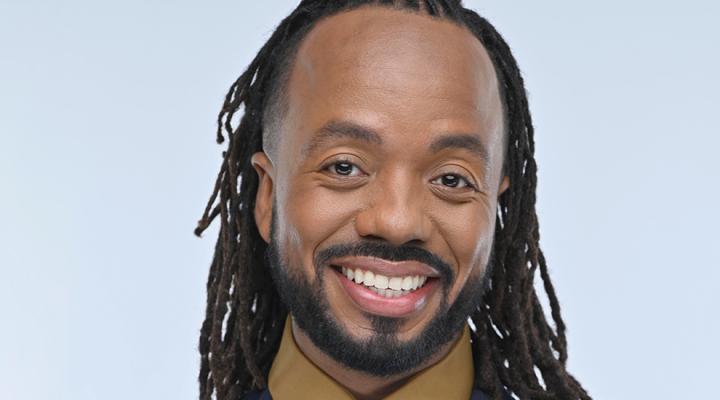