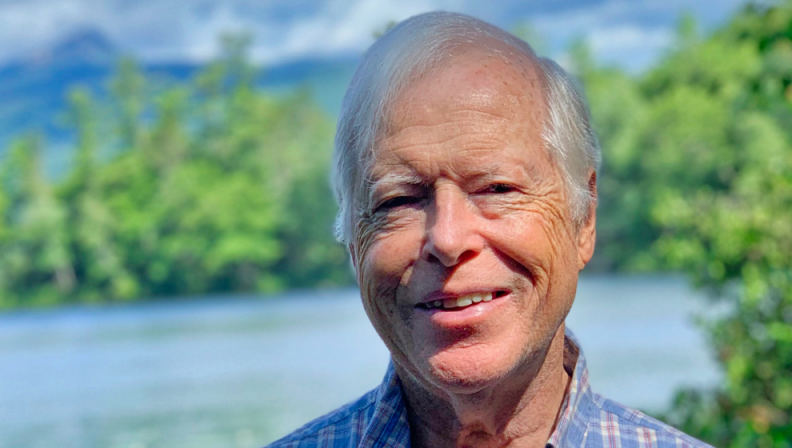 Richard Allmendinger, emeritus professor in Earth and Atmospheric Sciences at Cornell University, has won the 2021 Paul G. Silver Award for Outstanding Scientific Service, a joint award between the Geodesy, Seismology, and Tectonophysics sections of the American Geophysical Union (AGU).

Allmendinger is a structural geologist focused on understanding brittle upper crustal deformation during earthquakes and at longer scales during foreland fold-thrust belt deformation. For the past 45 years, he has conducted field research in Chile, Argentina, and the western United States.

Allmendinger has been providing free software programs and teaching resources to the geological sciences community since the late 1980’s. The programs are popular within the community, with about 50,000 hits on his download pages per year for desktop software for Mac, Windows, and Linux computers and about 15,000 downloads per year for his apps for iOS mobile devices.

The most popular software is Stereonet, which is used for 3D orientations in space of linear and planar features. The vast majority of the software’s users are geologists and geophysicists, but it is also used in fields as far flung as archeology to measure the alignment of artifacts at a dig and in dentistry to plot the facets on teeth.

Allmendinger also developed a new Structural Geology Lab Manual, which has already been download 1,800 times this year. With the advancement of online digital databases and the increased use of mobile devices, programs, and apps in the field, Allmendinger found it imperative to offer a new approach to teaching structural geology for the 21st century. “The world has gone digital, but our teaching of structural geology lagged far behind: many of the exercises that we asked students to do in structure lab have changed little over the last fifty years,” says Allmendinger. “Why not teach our students how to take advantage of this new world?”

Allmendinger has given numerous public lectures on topics such as climate change and energy at venues such as Ithaca High School, Museum of the Earth, Cornell Alumni events, and in various seminars and campuses around campus. While associate dean for diversity and faculty development in the College or Engineering, he was director of the Sloan Minority Graduate Fellowship program and oversaw Diversity Programs in Engineering (DPE).

This distinguished award from AGU adds to a number of accomplishments throughout Allmendinger’s career including the Presidential Award for Excellence in Science, Mathematics, and Engineering Mentoring to Diversity Programs in Engineering from the White House, Fellowship in the Geological Society of America (GSA), the GSA Structure and Tectonics Career Contribution Award, honorary foreign membership in the Asociación Geológica Argentina, and several teaching awards from Cornell.