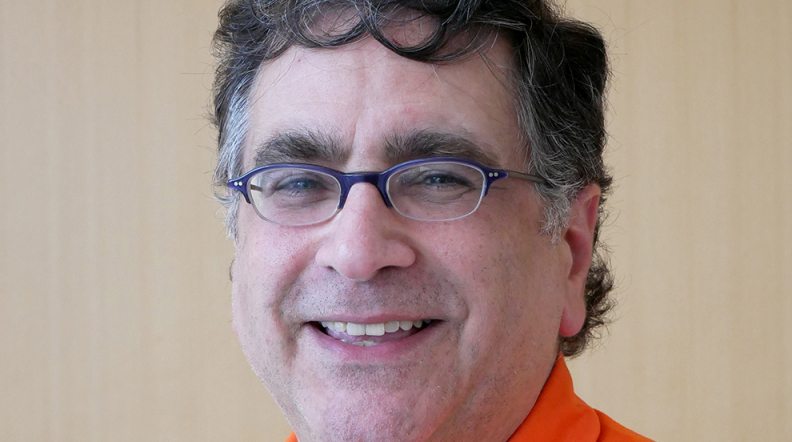 When James Antaki was 11 years old, his brother brought home an antique radio and promptly put it in the basement of their house. Antaki studied that radio and then vowed he would one day get it to work. “I didn’t know anything about electrical engineering at the time, so I got myself a really big book on the subject,” says Antaki. “It started with ‘this is an electron’ and went on from there.” Four years later he had learned enough to resuscitate that old radio and receive its first broadcast since, probably, 1940.

Antaki traces his path to engineering back even further than the radio. “I grew up in the era of the original Star Trek,” says Antaki. “I think the character Mr. Scott enticed a lot of kids to get into engineering back then.” As an adult, Antaki moved beyond restoring old radios and into restoring the function of defective hearts.

In January 2018 Antaki officially joined the faculty of the Nancy E. and Peter C. Meinig School of Biomedical Engineering at Cornell as the Lowell and Susan McAdam Professor of Heart Assist Technology. Antaki comes to Cornell after many years at Carnegie Mellon, where he was a professor of biomedical engineering. From 2003 to 2018, Antaki also held two adjunct professor positions at the University of Pittsburgh in the Department of Surgery and the Department of Bioengineering.

For most of his professional career Antaki has worked to develop blood-wetted medical devices. Several of the devices he has contributed to were eventually used clinically, including the Heartmate-II, Novacor, Ventracor, TandemHeart, and Levacor. He also directed a multidisciplinary team that produced the world’s first magnetically-levitated rotodynamic blood pump to be tested in vivo—the Streamliner heart-assist device.

Antaki got involved in heart-assist technology serendipitously. “It was 1985 when I got my BS in mechanical engineering from Rensselaer Polytechnic Institute,” says Antaki. “Many of my friends were taking jobs or doing research related to President Reagan’s Strategic Defense Initiative—the ‘Star Wars’ missile defense program. I was really turned off by the idea of using my engineering knowledge for weapons of destruction. I wanted to do something to make the world a better place. I ended up at the University of Pittsburgh in a Ph.D. program at exactly the same time their artificial heart program was coming into existence.”

It was 1985 and Antaki had stumbled into the field of biomedical engineering before it really had a name. “I was the only person in the Division of Cardiac Surgery with a background in electrical engineering. When the artificial heart would break down, they’d call me in as the repairman. As the old saying goes, ‘In the land of the blind, the one-eyed man is king,’” says Antaki. “I was really fortunate to be in the right place at the right time.”

When the opportunity arose for Antaki to join the faculty of the Meinig School at Cornell, he jumped at the chance. “The title Cornell was able to offer—the Lowell and Susan McAdam Professor of Heart Assist Technology—was calling my name!” says Antaki. “It is a tangible sign of BME’s commitment to the work I do. Add to that a world-class veterinary school with a cardiology department AND the open and collaborative culture that are hallmarks of Cornell and this makes the Meinig School ideal for me.”

At Cornell, Antaki will continue to work on heart-assist devices, with a focus on designing devices for children, and for the developing world. His fundamental research aims to make these devices more blood-friendly and less likely to cause either excessive bleeding or dangerous clotting. He is also expanding his work beyond the design of the devices themselves and into the use of Artificial Intelligence to improve the decision process that patients and their doctors use to decide whether to get a heart-assist device, which sort of device would be best, and how to manage many aspects of treatment after implantation.

In both cases, Antaki’s work is being funded by large grants from the National Institutes of Health (NIH).