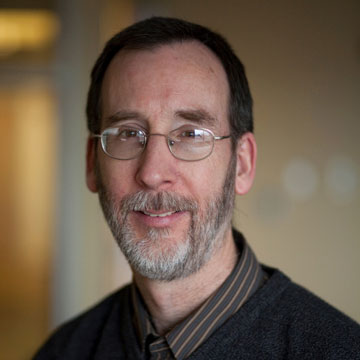 Professor David Albonesi joined the Computer Systems Laboratory in 2004 after serving on the faculty of the University of Rochester. His current research interests include adaptive and reconfigurable multi- core and processor architectures, power- and reliability-aware computing, and energy-efficient smart buildings. In addition to his academic experience, he has ten years of industry experience as a technical manager, computer architect, and chip designer at IBM and Prime Computer.

Dr. Albonesi is a Fellow of the IEEE, and has received the National Science Foundation CAREER Award, three IBM Faculty Awards, three IEEE Micro Top Picks paper awards, and the Michael Tien '72, Ralph S. Watts '72, and Ruth and Joel Spira Excellence in Teaching Awards. He serves on the Editorial Board of IEEE Computer, and was Editor-in-Chief of IEEE Micro from 2007-10. Professor Albonesi was General co-Chair of the 42nd International Symposium on Microarchitecture and Program Chair of the 42nd International Symposium on Computer Architecture. He is a graduate field member of ECE and CS, and teaches courses ranging from freshman-level introductory computing to advanced graduate topics in computer systems.

His MOOC, The Computing Technology Inside Your Smartphone, first launched on edX in Spring 2015 and ran for a second time in Summer 2016.