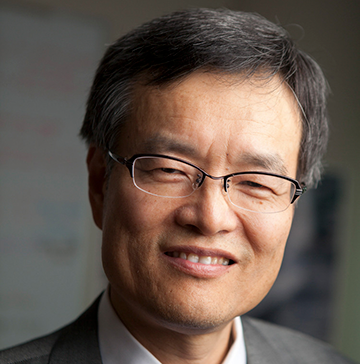 Dr. Hsiao-Dong Chiang received his Ph.D. in Electrical Engineering from the University of California, Berkeley. He is currently a professor in the School of Electrical and Computer Engineering at Cornell University. Dr. Chiang is the founder of Bigwood Systems, Inc. (BSI), Ithaca, NY and Global Optimal Technology, Inc., Ithaca, NY. He was awarded a Chang-Jiang Chair professorship from 2006-2009. He was recognized as an IEEE Fellow in 1997 and became a full professor at Cornell in 1998.

He and his group at Cornell have published more than 350 refereed journal and conference papers. The h-index of his publications is 57. Dr. Chiang has been awarded 12 U.S. patents and four overseas patents, with another nine U.S. patents pending. He was on the editorial board of both IEEE Japan and of the journal Electric Power Components and Systems.

Professor Chiang's research effort is focused on both theoretical developments and practical applications. Particular areas include nonlinear system theory, nonlinear computations and their practical applications to electric circuits, systems, signals and images. He and his co-workers have developed a comprehensive theory of stability regions for general nonlinear dynamical systems (including continuous, discrete, interconnected, hyperbolic and non-hyperbolic nonlinear systems) and their practical applications. He and his co-workers have developed the BCU method and the Group-based BCU method for fast direct stability assessments for electric power systems. He and his group also work on the development of computational methods for the nonlinear analysis and control of large-scale systems.