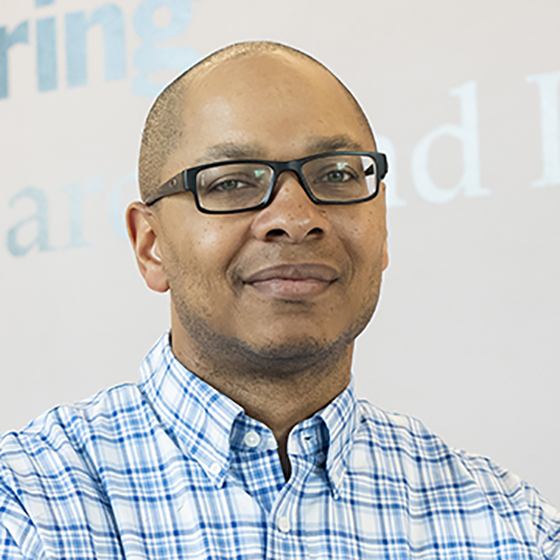 Professor Lewis received his undergraduate degree in Mathematics and Political Science from Eckerd College in 1992, his Master's degree in Theoretical Statistics from Florida State University in 1995, and a Ph.D. in Industrial Engineering from the Georgia Institute of Technology in 1998. After receiving his doctorate, Lewis spent a year at the University of British Columbia as a postdoctoral fellow in the Center for Operations Excellence. He joined Cornell as an Associate Professor in 2005 after teaching Industrial and Operations Engineering at the University of Michigan.

Broadly speaking Professor Lewis is interested in dynamic control of service systems. Most often he uses the methodology of stochastic dynamic programming or Markov decision processes to analyze these problems. Along the way he has done fundamental research on the theory of MDPs. In the area of average cost MDPs on general state and action spaces he has studied convergence of discounted cost optimal values and policies and on a refinement of average cost theory called bias optimality he has studied implicit discounting. In terms of applications, Professor Lewis has considered routing in transportation systems, control of inventory systems and allocation of inter-switch handoffs in wireless communications. Despite his versatility in the analysis of such systems his passion is for resource allocation in controlled queueing networks. In doing so, he has considered non-stationary networks, networks with limited capacity and those with varying service capabilities.

Professor Lewis has been teaching courses in stochastic modeling and analysis at both the undergraduate and graduate levels. He has recently been asked to teach a course on probability theory as well. In the stochastic modeling courses, the use of Markov chains in modeling is the main focus. Applications include inventory/logistics, manufacturing/reliability and service systems. In terms of probability theory, not only does the course cover the classic material (Dynkin's π-λ theorem, construction of probability measures and convergence concepts), but it also trains the students on how to read and write mathematical proofs.

Professor Lewis has served on the Meetings Committee for the Institute for Operations Research and Management Science (INFORMS), is past-president (twice) and co-founder of the INFORMS Minority Issues Forum and is the chair for the INFORMS Applied Probability Society. He co-chaired the 2009 INFORMS Applied Probability Society conference. He also co-edited a special issue (in 2009) on Queueing Analysis and Control for the journal Probability in the Engineering and Informational Sciences. He is a frequently requested public speaker in both engineering and business schools. Professor Lewis organizes the Minority Issue Interest Group in the Cornell College of Engineering and is a member of the college-wide Strategic Oversight Committee and is on the advisory board of Diversity Programs in Engineering and the Office of Faculty Development and Diversity.