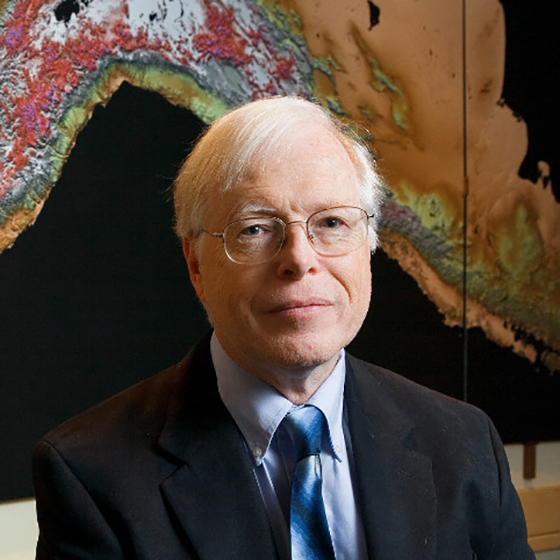 Rick Allmendinger is a structural geologist focused on understanding brittle upper crustal deformation during earthquakes and at longer scales during foreland fold-thrust belt deformation. He received his A.B. degree with distinction from Cornell University in 1975 and his Ph.D. from Stanford University in 1979. Following work with the U.S. Geological Survey and post-doctoral experience, he joined the Cornell faculty in 1984 as an assistant professor. He earned tenure and was promoted to associate professor in 1990, and became a full professor in 1996. In 2008 he was appointed Associate Dean for Diversity, Faculty Development, and Mentoring for the College of Engineering, a position he held until December 31, 2011. He is also a visiting professor in the doctoral program at the Universidad Católica del Norte in Antofagasta, Chile. Allmendinger is the 2012 recipient of the Career Contribution Award from the Structure and Tectonics Division of the Geological Society of America.

Allmendinger teaches both Introduction to Earth Sciences and more advanced courses in structural geology. He is widely recognized as an educator in his discipline thanks to numerous short courses he has taught over the years as well as the lecture notes, on-line demos, and teaching software available on his web page. In his teaching, he is both a technologist and a luddite, eschewing PowerPoint while embracing classroom polling devices like i-Clickers. Allmendinger has received two teaching awards from the College of Engineering.

Allmendinger is dedicated to helping Cornell students and the public at large understand the difficult issues surrounding energy and global climate change as well as natural hazards such as earthquakes. To this end, he maintains a high profile web site and gives numerous public lectures a year in venues such as Ithaca High School, Museum of the Earth, Cornell Alumni events, and in various seminars and campuses around campus. He is the Engineering College representative to and a Faculty Fellow of the Atkinson Center for a Sustainable Future.

Although no longer Associate Dean, Allmendinger remains a Sloan Faculty member involved in mentoring underrepresented minority students. He is a frequent member of faculty panels for Diversity Programs in Engineering, Engineering Coop and Career Services, and most recently the Vice Provost's office for Faculty Diversity.

Within his own discipline, Allmendinger is known throughout the world for the structural geology software, lecture notes, and animations that he makes freely available via his web site. The download page for his program Stereonet received more than 20,000 hits in 2012.