Cornell’s Department of Earth and Atmospheric Science Received a $1.4M NASA Grant to Study the Global Effects of Volcanic Ash on the Earth System 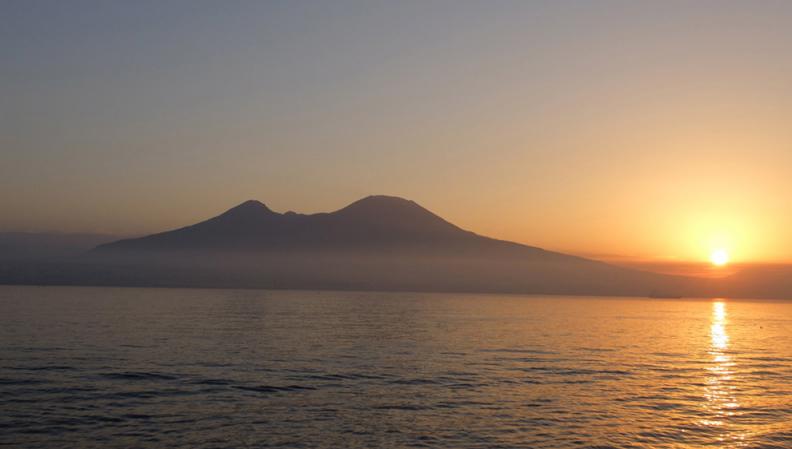 Every year at least 50 volcanic eruptions affect over 10% of the world’s population. Some eruptions like Pinatubo (1991) and Laki (1783) were so powerful that they globally impacted the climate of our planet. The interdisciplinary research team of Natalie Mahowald, Esteban Gazel, and  Matthew Pritchard from the Department of Earth and Atmospheric Sciences received a $1.4M grant from NASA to study the global effect of volcanic ash on the Earth system. The project involves collaborators from the National Oceanic and Atmospheric Administration (NOAA) and the Jet Propulsion Laboratory (JPL), among other institutions.

The project integrates volcanology, remote sensing, composition of volcanic materials, and atmospheric science expertise to understand the relationship between volcano pre-eruptive behavior, geochemical signatures, and volcano ash composition, and their impact on climate and ocean productivity bringing together concentrations from across Cornell’s Department of Earth and Atmospheric Sciences.

Volcanoes are the main locations for energy and mass exchange between the interior of the Earth and the atmosphere, therefore playing a critical role in the habitability and climate of the planet. Volcanic ash has a series of impacts on the Earth system including changes to weather and air-quality. Air-quality disrupts aviation, and in some cases, fertilizes downwind ocean regions and changes ocean biogeochemistry.

“The study will focus on micro (less than 50 micros) and nano fraction volcanic ash components, that are generally not considered traditional volcanology studies,” said Gazel, associate professor in earth and atmospheric sciences. “ This is critical as these materials can travel miles away from the primary volcanic hazard source and trigger the most substantial global impact.”

Over the past decade, volcanic ash emissions have not been well characterized and have not been included in earth system models. Mahowald, Gazel, and Pritchard are combining remote sensing with in situ chemistry and volcanic eruption measurements to address an important and under-studied question: what is the role of volcanic ash in current and future climate and biogeochemistry?

“For the first time, we will create a database of satellite observations of volcanic ash from the 250 largest volcanic eruptions between the years 1978 and the present,” said Pritchard, professor in earth and atmospheric sciences. “We will then use the database along with in situ chemistry observations as input to earth system models to understand the impact of the ash on temperature, precipitation, and feedbacks with life in the ocean and on land.”

Not only will the team characterize past emissions, but they will look for predictive capabilities. First by identifying relationships between pre-eruptive gas, thermal emissions and ground displacement of volcanoes, and the composition and amount of eruptive material. Then they will use past records of emissions from volcanic eruptions to assess the importance of future eruption scenarios that can impact the Earth system.

The findings of this project aim to improve the understanding of volcanic aerosols and to what extent background eruptions are modifying aerosol distributions, weather, climate and biogeochemistry. The study also aims to test whether the characteristics of pre-eruptive unrest are related to eventual erupted material and evaluate the potential impacts of large eruptions in the future.

“Volcanoes are one of the most powerful forces of nature and have long lived in human psychology as an incredible force—think of Atlantis or the goddess Pele,” said Mahowald, Irving Irving Porter Church Professor of Engineering.  “With this project we will link volcanology, remote sensing and climate science to bring our understanding of volcanoes into the 21st century to see how volcanoes can change climate.”

An interdisciplinary research team led by Carla Gomes, professor of computing and information science, has developed Deep Reasoning Networks, which combine deep learning with an understanding of the... Read more about DRNets can solve Sudoku, speed scientific discovery

Researchers developed an algorithm that shows just how much more effective Spotify would be if it incorporated both likes and dislikes, in the style of platforms like Pandora. Read more about ‘Dislike’ button would improve Spotify’s recommendations