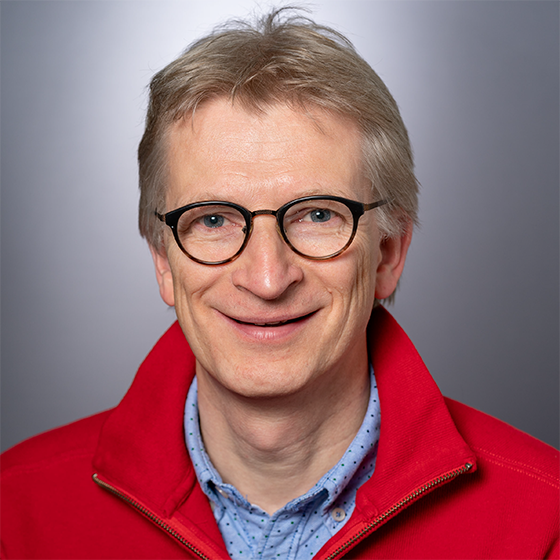 Ulrich (Uli) Wiesner studied Chemistry at the University of Mainz, Germany, and UC Irvine, CA, US. He gained his Ph.D. in 1991 in Physical Chemistry with work at the Max-Planck-Institute for Polymer Research (MPI-P), Mainz, Germany, on holographic information storage in polymer liquid crystals. After a two-year postdoc at E.S.P.C.I. in Paris, France, on local dynamics-mechanical property correlations in polyesters, he returned to the MPI-P in 1993 were he finished his Habilitation and received tenure in 1998 with work on block copolymers under oscillatory shear and block copolymer ionomers.

He joined the Cornell University, NY, MS&E faculty in 1999 as a tenured Associate Professor, became a Full Professor in 2005, and since 2008 is the Spencer T. Olin Professor of Engineering. Since his arrival at Cornell he has worked at the interface between polymer science and inorganic/solid-state chemistry with the goal to generate multifunctional nanomaterials for applications including energy conversion and storage, clean water, and nanomedicine. Since 2015 he is the co-director of the MSKCC-Cornell Center for Translation of Cancer Nanomedicine (MC2TCN), one of six Centers for Cancer Nanotechnology Excellence (CCNE) funded by the NCI (https://www.cancer.gov/nano/research/alliance/ccne)

The goal of current research in the Wiesner group is to combine knowledge about the self-assembly of soft polymeric materials with the functionality of solid-state materials to generate novel hierarchical and multifunctional hybrid materials. Research results of the group on the use of blocked copolymers as structure directing agents for inorganic materials suggest that in analogy to biology, the sequence information of higher order blocked synthetic macromolecular architectures may be used to encode information about hierarchical structure of co-assemblies with ceramic or other materials. These principles may permit the design of entirely new classes of functional materials that have no analogue in the natural world with potential applications ranging from power generation and energy conversion all the way to the life sciences.

As a particular model system to understand structure formation principles, silica-based hybrids from block copolymer mesophases have been studied extensively over the last ten years. One of the main working principles involves utilizing the thermodynamics of amphiphilic block copolymers, i.e., knowledge about their self-assembly behavior (bottom-up) to structure direct precursors for silica-type oxides. In the meantime these principles have been extended to other oxides as well as to non-oxide ceramics (e.g., SiCN). Synthesis results in mesostructured hybrid materials with structure control down to the nanometer length scale that upon, e.g., thermal processing can subsequently be converted into purely ceramic materials with preserved structure (e.g., mesoporous materials). The final materials have a broad range of potential applications in, e.g., catalysis and separation.

A second major current research direction of the Wiesner group focuses on a novel class of fluorescent core-shell silica nanoparticles, now referred to as C-dots, with potential applications, e.g., as fluorescent labels in biolabeling and bioimaging. Water-soluble C- dots encapsulate multiple organic fluorophores into a solid-state silica environment, thereby improving their photophysical properties as compared to the free dye in water. C-dots have narrow size distributions and in the 20-30 nm size range achieve brightness levels reaching those of semiconductor quantum (Q-) dots with simultaneously enhanced photostability over free dye in aqueous solutions. They are synthesized through a modified Stöber process and overcome toxicity and disposal issues of competing Q-dot technologies. As a result of their optical property profiles they constitute an attractive alternative to existing materials platforms for applications in information technologies and the life sciences requiring bright fluorescent probes. Fundamental studies are aimed at understanding and controlling optical phenomena of this novel class of radiative nanoparticles and of optical structures and devices that integrate them.

Some of the research projects that are currently pursued in the group include: